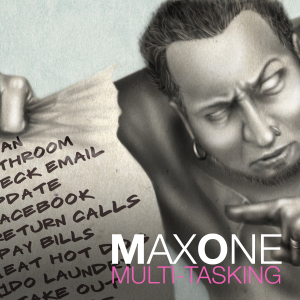 Timothy Trudeau joins ‘Hot Off the Press’ on JUCE TV

The newest program to JUCE line up, Hot Off the Press keeps you informed with the latest in Christian music news, world news, movie reviews and what’s happening here at JUCE! Timothy Trudeau joins host Seshmi Robertson on the latest episode of ‘Hot Off the Press’.

Host: MaxOne Interview: Kwamé This episode was never finished or released (until now). Here’s the Kwamé interview, with no music. Thanks for the support of the SynCast while we were able to work hard on it!

Rapzilla recently posted an op-ed piece addressing the question on whether Christians should sue or not. Since they knew that Syntax Records has avoided court at all costs, they sent some questions to our co-founder Timothy Trudeau in order to get his perspective on lawsuits. Here is the part they published: When it comes to […]

Making Money To The Glory of God

In 2011 the creative minds at Syntax Records came together to create a five song EP entitled “Syntax Records is Justified” inspired by the FX show Justified at the special request of a music supervisor. Today we’re offer the entire EP as well as 3 unreleased bonus songs. That’s right, download 8 free song below! “The two […]

Christian hip-hop has made some notable inroads in the last few years, especially in the mainstream market. Popular rapper Lecrae has won Grammy, Stellar, and Dove awards, and he, along with other Christian artists, appear regularly on networks like BET and MTV. Does this mean the movement that emerged in the early ’80s as Gospel […]

Everything You Need To Know About The Music Business

Hannah Boothby from Soundreef recently sat down with our co-founder Timothy Trudeau to discuss several aspects of the music business. Soundreef is based in London but also operates in the USA, Italy, France, Sweden and Spain. They provide music for thousands of stores across Europe, and reach over 45 million customers every month. In part 1 […]

I recently had the pleasure of attending a luncheon with John Piper at the Legacy Conference in Chicago. After he encouraged and exhorted the attendees for some time, he offered a Q&A session. He gave some great answers to some great questions. One question that stood out to me was when someone dug up the old dead horse […]

Being Successful in Christian Hip Hop is Like Being The Prom King in a Small-Town. Who Cares?

I recently posted the title of this article as a status update on Facebook hoping to provoke a thoughtful discussion within Christian hip hop. My heart behind it was not to spread negativity. What I got, however, was exactly that—ending in an unhealthy moment for the provoker and the provoked. The truth is that I […]

Rapzilla Interview: The Sacred, The Secular and The Sarcastic

I recently had the pleasure of sitting down with Steve Patton from Rapzilla, while attending the 2013 Legacy Conference in Chicago. He works hard at interrogating me on the so-called sacred and secular divide. Many in the “Christian Hip Hop” scene believe they have discovered something new when they discuss it. This false dichotomy has […]

Christian hip-hop has had an important presence on the West coast for many years now, although the genre continues to bleed into the secular industry. Folks may or may not agree with the conclusion of the article recently posted on LAWeekly, and that is fine. The point is—It is refreshing to see an article dig a little deeper in 2013. […]

Sackcloth Fashion in the film ‘A Bird of The Air’

10 years later, Sackcloth Fashion’s music, continues to be licensed into film and television. ‘Why’ from Something From Everyone To Hate can be heard in this film about Lyman (Jackson Hurst) who is a loner, working the graveyard shift for the Courtesy Patrol. When a green parrot flies in to his trailer he becomes obsessed […]

The Former Syntax Recording Artist Builds an Army of Future Hip-Hop Stars After a brief hiatus from the hip-hop spotlight, Man of War returns with his own label, War Records. He spent the last few years touring, recording and finding new talent that’s ready to impact urban listener-ship. “They are humble, God-fearing artists,” Man of […]

It’s not uncommon for those familiar with the Syntax Records brand to find hints of MMA intertwined both with the staff, and artists. In fact, some of the Syntax affiliates have been closely following the sport since before it was even called MMA. Thus making sense, that Fight Magazine contacted Syntax when they decided to […]

Ice Cube is far more than his career in entertainment. He’s more than hit singles, chart-topping albums, and box office star power. And it took The Underwire Interactive Magazine creating this special edition to show Ice Cube like you’ve never seen him before! Since releasing his solo debut album “AmeriKKKa’s Most Wanted” in 1990, Ice […]

Shane Newville’s “Samurai Showdown” has been chosen as the theme song for CW’s new hit television series “The Beautiful Life: TBL.” The show stars Sara Paxton, Benjamin Hollingsworth, and Mischa Barton and centers around the lives of high-fashion models and the high-stakes competitive nature of the fashion industry. “Samurai Showdown” debuted on Formless, Newville’s premiere […]

Syntax Records Is Going To Russia

To Whom It May Concern, We would like to share with you an exciting upcoming opportunity for Syntax Records. Maxim Borovikov the director of Youth Ministry for Youth For Christ in St. Petersburg, Russia has requested for us to utilize our gifts, talents, and passion for Hip Hop as a tool to engage people in […]

Spend A Day at The Park with Syntax Records & BFC

Skating at skate-parks is hands down about having fun. A Day At The Park is a portrait of the skateboard scene from over 30 skate-parks in the greater Seattle area. The film covers the parks themselves and the locals who skate them, shot by some of the most involved skateboard filmmakers in the area. The […]

About Me:
word up!

In this episode MaxOne gets down to the nitty grimey with the rapid fire staccato flowing Tech N9ne. Tech give his thoughts on Soulja Boy and the hip hop genre in general. If that isn't enough to get you to listen then you may want to consider… Continue

That's the good word! Check it out.
Press Release

Deleioun Jackson said…
STOP through my page and check out my music aight..thanx

Deleioun Jackson said…
Im luvin the flow for real..its a unique style and thats the shyt i like alot ya feel me..keep doin ya thing

<%**Madame President AKA ChyMAree**%> said…
Im good as it gets. How is your music going?