Guess Which TV Star is Talking about The Bryson Tiller & DJ Necterr Show??? 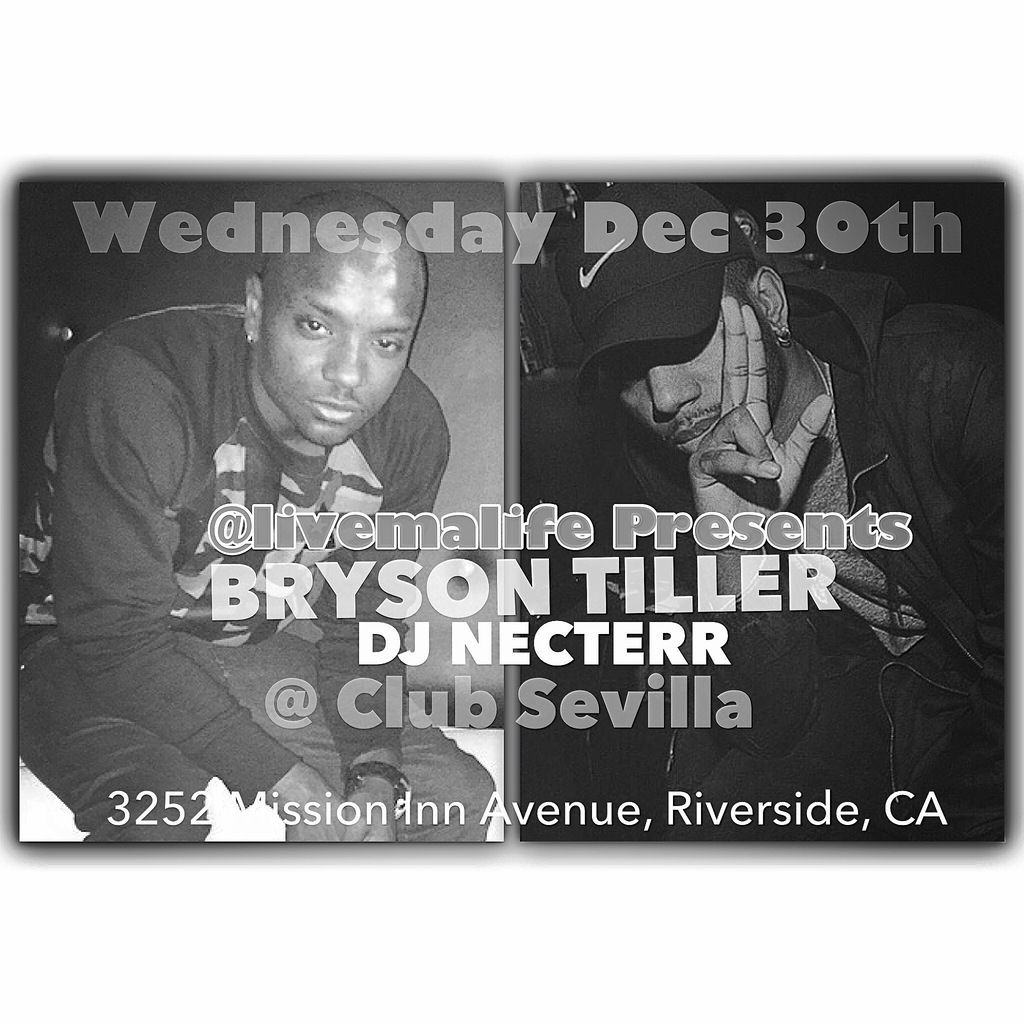 Did you see which TV star is talking about going to a Bryson Tiller & DJ Necterr show??? 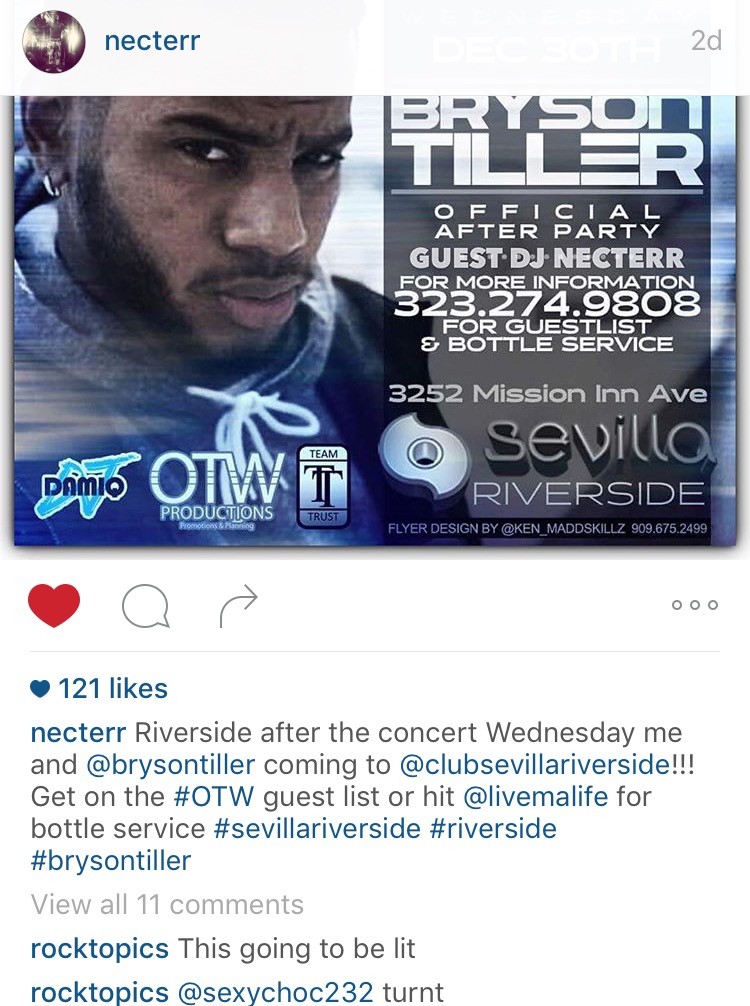 Did we catch TMZ star Raquel talking about partying outside the Thirty Mile Zone? Recently we went through some comments and… 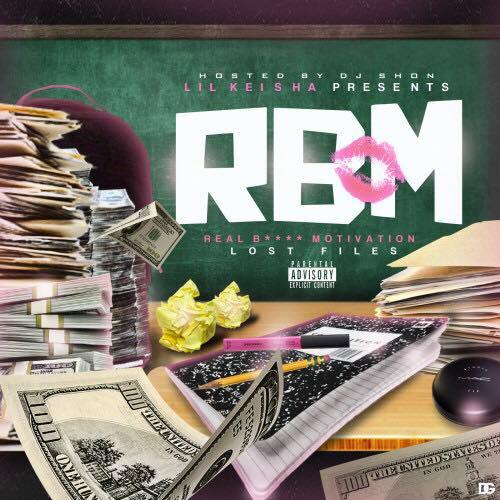 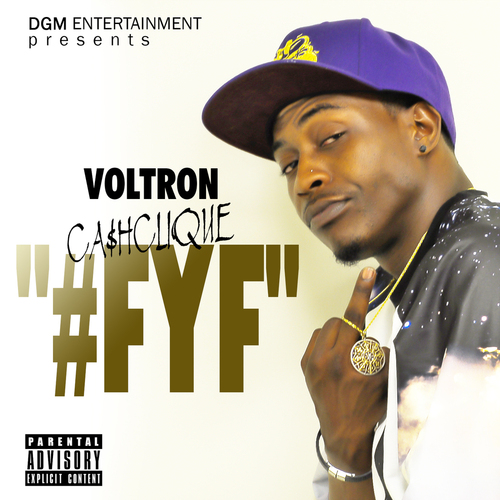 #Check Out Voltron (Ca$hClique) x *Star "#FYF" #DGMDistribution @VoltronDigital @dgm_ent
Simply put, "#Voltron" is going to smash in 2016! As the new premier artist of "Ca$hClique," #Voltron made 2015 a launching pad for what was already expected to be a big year for not only Ca$hClique, but the entire Carolina music scene. Born in Northwest Philadelphia and… 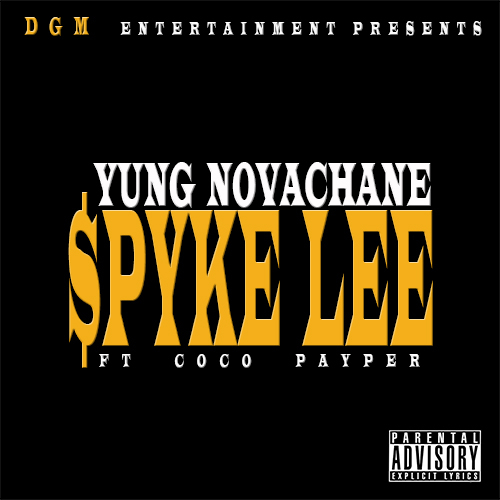 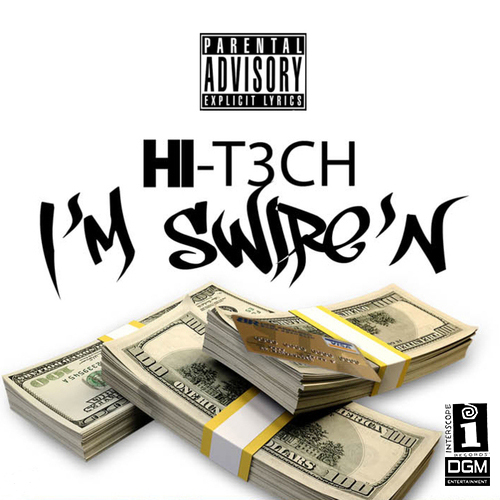 New Single from the #Ca$hCartel Boss @ike_cashcartel Ft LA Dub , " Ridin & Smokin " !!
So Roll Up and Enjoy , The Mixtape is on the way , Also Keep up with Ike via Twitter/ IG @ike_cashcartel
Midwest Stand Up !!!…

T'Juan is the oldest of four brothers raised by a single parent mother in which he recently lost. Going down the wrong road, he dropped out of high school at the age of 16 and was a teen parent. Through a lot of adversity and wrong choices in his life he later would find the right people to guide him in the right direction, personally and spiritually. He went back to high school, worked hard to receive his diploma and is now attending Berklee College of Music. He is also a proud single… Continue 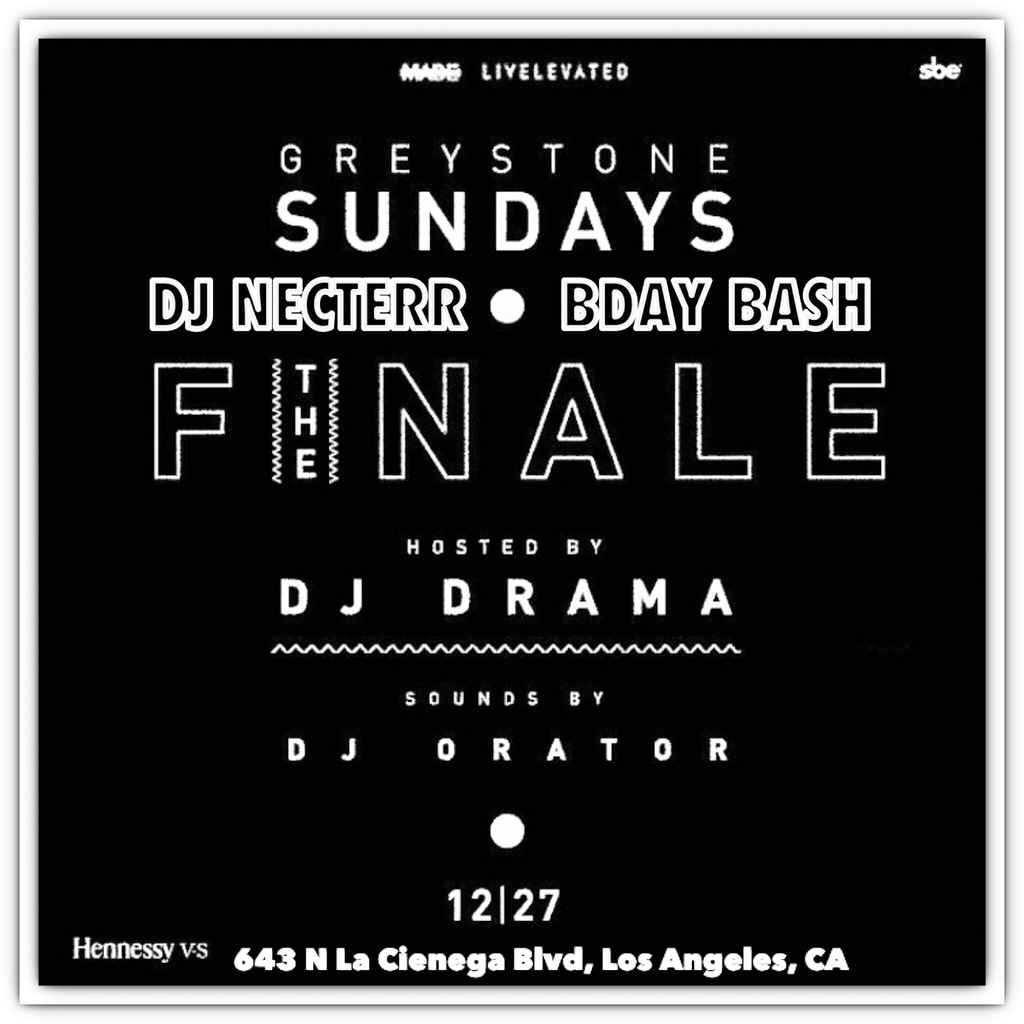 DJ Necterr teams up with Greystone Night Club to put together a star studded bday bash. This event includes special guest host DJ Drama and many celebrity friends. With the recent buzz Tory Lanez received having the number one song in the country and teaming up with DJ Necterr to put together there new smash hit "On The Way," This event is a perfect correlation to the direction his career is headed, Hottest up and coming DJ inside the hottest night club. This is… 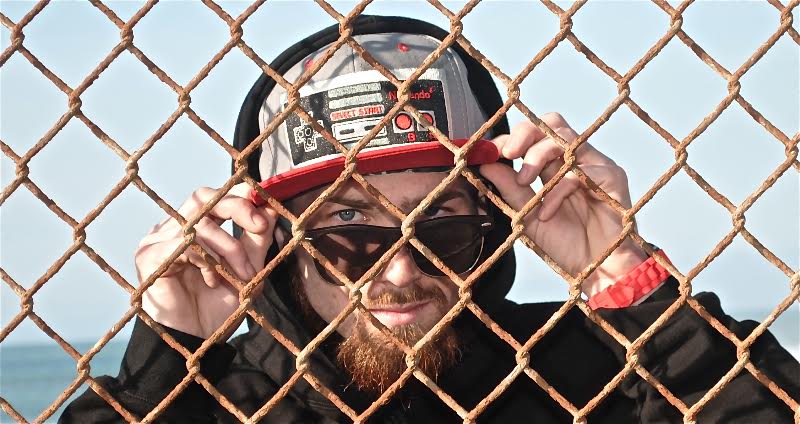 J.Morgan is a conscious hip-hop emcee from the San Francisco Bay Area. He stands apart from the majority of rap artists with his ability to connect with people’s true feelings through musical artistry. His goal is to build his fan base and bring attention to his music and his brand, Grown Up Entertainment, through social media, blogs, live performances and…

Code G was born on June 11, 1987 in Titusville Florida. Between the ages of 8 and 9 he started recording hisself on cassette tapes as well as make his beats with a MPC. Code G later moved to Atlanta at the age of 16 where his music career started to flourish. Being a jack of all trades he took the music industry on head strong. Music Producer, Engineer, Videographer, as well as an Artist, Code G is more than a triple threat.… 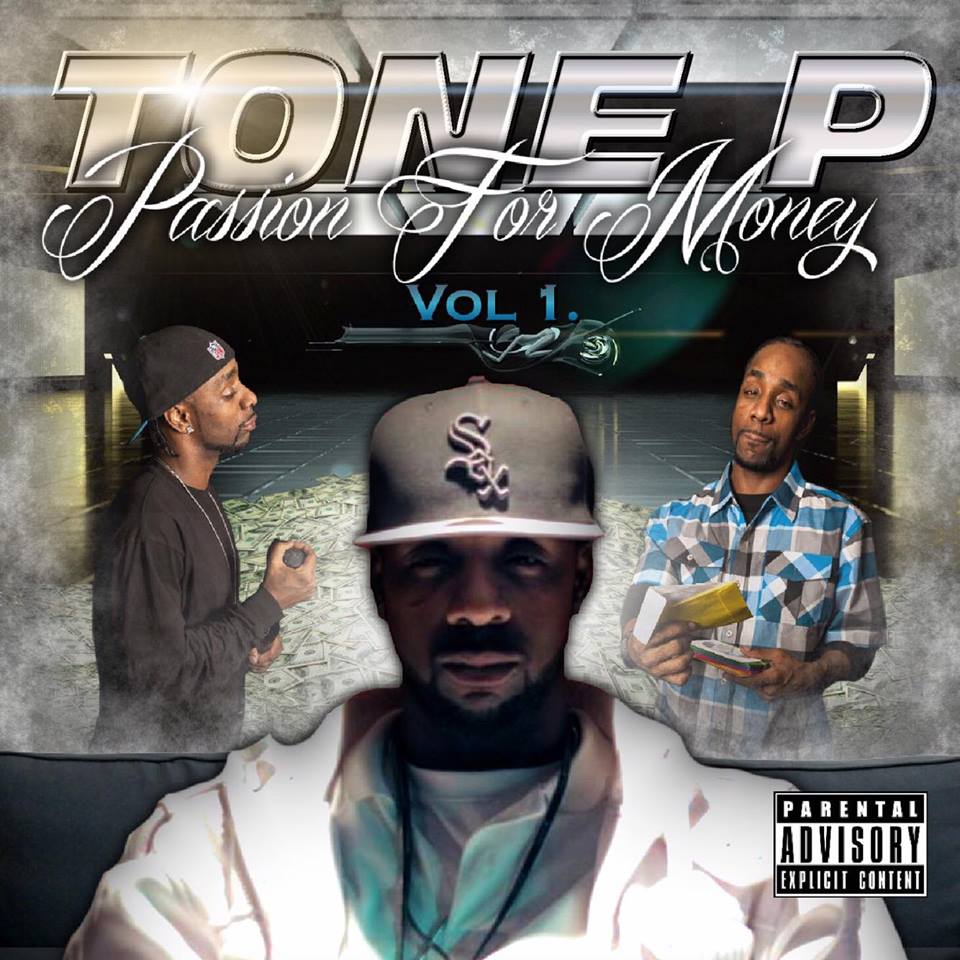 Tone P may be a new name to some but to his core fan base over the last few years built by successful tour events this project is way overdue. 13 tracks deep with successful style matching production from "Sold Up Productions, Steven Glover & Johnny Danger" Tone's latest effort "Passion For Money" fits its title well as the seasoned… Who Is Caesar Sway?? 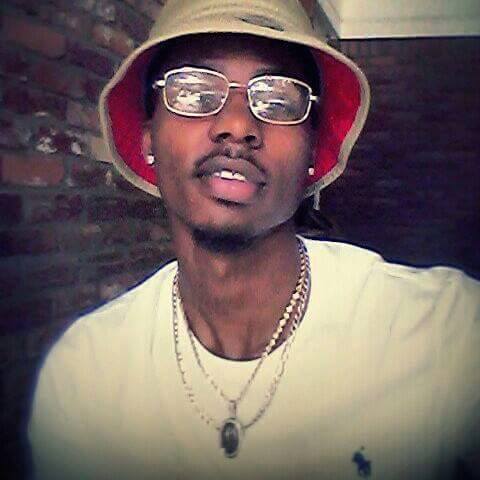 Out of Mississippi comes a young super producer/artist by the name of Ceasar Sway. At 19 years old you would think this kids has a lot to learn rather than a lot offer. Nope!! Not Ceasar... Under the guidance of his manager Mike Ellis he has created a feel good classic for the ones that search for brighter days and beautiful smiles. Ceasar's online debut stars Kayla of…

Who is Jucee Froot

Jucee Froot was born on July 12 1994 in Memphis Tennessee and between the ages of 6 and 9 she learned to play piano, as well as write her own music. She later went on to create YouTube videos and generate a following for herself. Jucee Froot remixed K.Camp's song "Damn Right and her version went viral on WordStar and Facebook with over 5 million views. On May 24, 2014 the father… 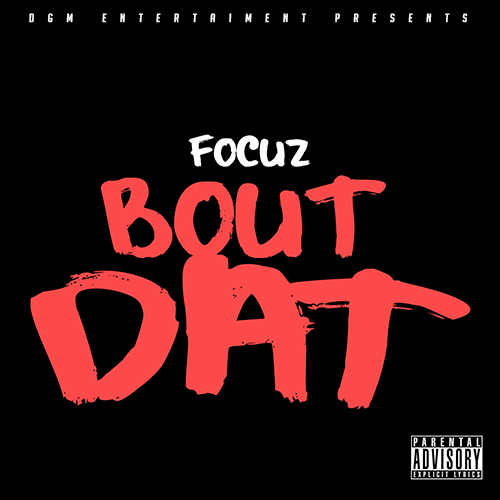 Pilot Team Entertainment is a team that consists of all bosses, no co-pilots and with their mindset they knew they had to get the streets A&R, Bigga Rankin to host 'Uncounted.' Team Bigga Rankin happily joined the efforts and we proudly present to you Benzo, an artist that doesn't use paper or pen, he just gets in the booth and transforms into Fuego with his first WRNR mixtape. Press Play and Support.…

VVS is an acronym referring to "Very Very Slightly" Included, a way of describing the clarity of a diamond, nearly flawless. When deciding on a rap moniker, that's what Tennessee rapper V.V.S. had on his mind; building a 'flawless' career in the music industry. Born Bj Arnold in Haywood County, Tennessee, V.V.S.' first decided to dabble in the rap game at the urging of a childhood friend. In 2005 he debuted with a local rap trio called "3-Deep". A year later he…

"LD (LEARNING DISABILITY)" BY ALMI IS OUT NOW. AVAILABLE TO BUY/STREAM/DOWNLOAD ON ALL PLATFORMS: https://ampl.ink/goLBw Shazam: https://www.shazam.com/track...
14 hours ago
0 Comments 0 Promotions