Soulsonic next to blow from Chicago

Chicago born rapper and producer SoulSonic, is teaming up with lyricists Jordan L for his latest project “Rise”. Rise, is a well put together hip hop track that focus on police brutality and world events in the Black community, among other topics.

SoulSonic gets a lot of inspiration from his late mother Elizabeth, and his wife Jennifer.…

NJ rap artist and CEO KI Back At It, did it once again. 6 studio album “Addicted To hip hop” is streaming everywhere. Some fans are saying it’s his best work yet! KI Back at It was seen in NYC driving a white Lambo suv. When asked about the album, he replied: “listen to it”.… 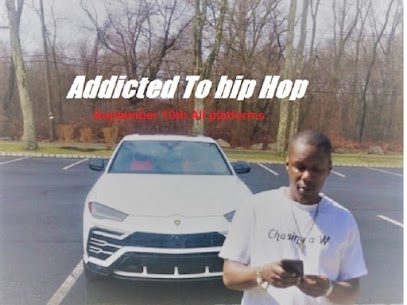 Most consistent rapper in New Jersey

New Jersey rapper and CEO, KI Back At Itis indeed at it again. Streaming on all platforms ” Keeping It Brief”, The song is KI back At It 6th single so far, and coming from the new album “Addicted to Hip hop” which will be streaming soon.

It’s know wonder people say he’s the most consistent rapper coming from NJ. KI has already released an album in…

If you’re into versatility, reality, and good bars you will love Boyd united. Growing up in ATL Georgia, this rap artist is no amateur in the booth, learning and listing to all the legends in the game.

Boyd at any time can give you a great Gospel rap song, or have you wondering about your spouse with a great love song.  The hard working artist is set to win the…

When it comes laying down smooth vocals singing/rapping, Charles Edward is the guy everyone is saying have it perfected.  Born In Torrance California and raised In Long Beach, Charles Edward always had an ear for good music. Although influenced by legendary artist such as Bone Thugs N Harmony, and Frank Sinatra, Charles Edward is primarily a Hip Hop artist by…

Rapper and producer RPG is at it again, this time featuring the Brooklyn legend, Joell Ortiz. “Glory Through Pain”  is the name of the song and it delivers a message, while both artist show off their lyrical skills and talents. Listen now on …

It’s no reason to wonder why people are starting to talk about Bronx NY music artist General Tapia, who also produces, write songs in English and Spanglish. Growing up General Tapia used to listen to a lot of Latin singers as well as the legendary rappers such as Eminem, Biggie, Tupac and Jay Z.

He always loved the idea of fusion music which…

Add some Christian alternative rock to the mix

When it comes to creating beautiful music that can save both life and soul, The Hand Above The King aka (T.H.A.K.) is the man born for the job. Real name Josh Thacker, based in Minneapolis/St. Paul region area, he takes on the responsibility in his music by confronting  honest issues such as substance abuse, mental health issues, and suffering which…

A group of young Central Florida rappers are becoming known for their unique style and many genre choices at will. Anechoic Birds, are being called “Central Florida” new rap  kings.  Who is Anechoic…

Cleveland Ohio all hale to the new hip hop king

Cleveland Ohio very own DJ INTRICATE, has brought his unique style and perspective to hip hop and fans are starting to take notice. He has already worked with some of the heavy hitters in Cleveland, groups like RIMEROYAL, EDOTKOM to KICKDRUMS, J.DOT, NOVA, and the BLITZ. DJ INTRICATE latest project “Eternity” is streaming on…

When it comes to music genre that involves a combination of rock music and electronic music, Mac Glass is the guy you should pay close attention to. Born in Chicago Illinois, Mac has been writing and performing music most of his life but recently decided to share his work with the world. Specializing in instrumental music he willfully disregards the boundaries between musical styles and genres.

Staxx Young, is a very talented and versatile musician from Toronto Canada. Originally born in Kingston Jamaica, he fell in love with creating music at a young age and is inspired by legends in the industry, such as Bob Marley Vybes Kartel and 50 cent. Staxx has unlimited potential! Along with his flow, beat selection, and song writing ability the sky seems to be the limit. Listen to Staxx young latest project…