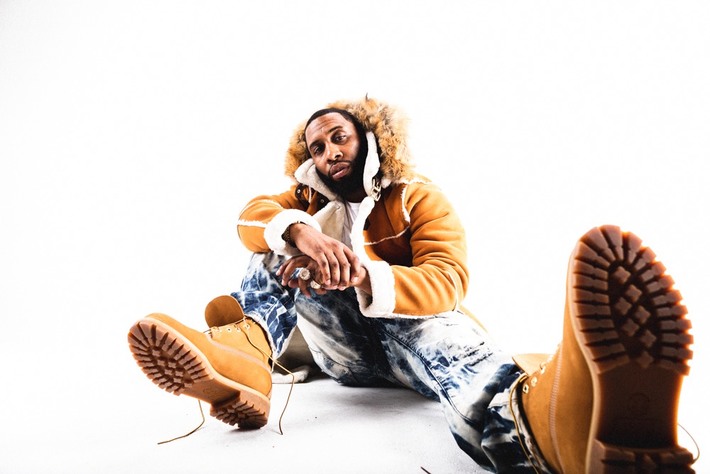 OAKLAND, CA – A hot new summertime vibe from West Coast artist C Titus is hitting the airwaves, and fans all over the country are hopping on the hype train.

The song is called “Yeah” and it’s the perfect song for the club, for a party, or for just cruising in the car with friends. Once you hear it, “Yeah” immediately becomes part of your daily playlist. With that summertime house party type of feel, it’s a track that can be played any time of year and bring you right back to that summertime vibe. Featuring Black Albert, C Titus’ “Yeah” will hold its place as one of the premier tracks of summer 2019.

“It definitely has that west coast type of vibe to it,” C Titus said. “It’s one of those songs that‘s just fun to play, with a chorus that talks about being a player but with finesse and a hook that will stick in your head for a long time.”

C Titus said one of the things this single showcases is his unique sound and style and his ability to pick the right content to match with the quality beats he selects and develops with his producers. He has a large archive of music that he has made, but not much of it has been released because he believes strongly in quality over quantity. He is constantly working on his music to make it perfect so his audience can feel every note come through their speakers.

“In today’s industry we have a lot of quantity, but not a lot of people are taking pride in quality,” he said. “I’m taking a slow approach with my music. With Dr. Dre and ‘The Chronic,’ he took a slow approach, and he’s one of my idols. So is Nas, who is my favorite rapper. He has always given me wisdom and knowledge through his music and his ability to paint such a clear message with his writing and delivery. It’s the best in the game. That’s why I’m taking his approach. I might sit on a song for a long time and add backgrounds and layers to it over time. It’s art, and with all good art you have to take your time with it and make sure it’s quality. Everyone who listens to my music deserves that quality.”

Born in Oakland, California during an era when drugs and prostitution ruled the inner city neighborhoods, C Titus turned to music to avoid the pitfalls and allure of the streets. His father was also a musician and traveled around the world to tour with his band. C Titus recalls spending hours upon hours in the studio with his father while he recorded music. Additionally, his cousin, Sonny B – a well known producer in Northern California who has produced for Tupac, Too Short and The Delinquents among others – helped inspire C Titus and put him on a path toward success in the music industry. To date, he has managed two projects with fellow artist CHA-Chng and was also part of the West Coast hip hop group Da Famm. He is now stepping back into the spotlight as an independent artist while continuing to run his business.

“I typically talk about the challenges of being a black male trying to overcome the stereotypes as well as the modern other things that the majority can relate to,” he said. “I always avoid the typical way of expressing the message I want to convey, and I create a vibe that people can relate to. My ultimate goal is to create other opportunities for others in the music industry. Business is part of my core values and I will never stray away from opportunities for expansion.”

To listen to C Titus’ music or to follow him on social media, please visit: