The Statesboro, Georgia-based rapper is set to release two new songs in the last week of February and the first week of March, respectively. 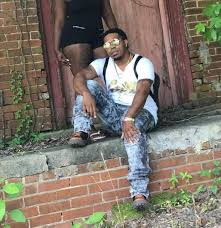 After the underground success of his last single, "On God", Eskie Jones surprised the world by not just announcing one new song, but two.

The first single Jon Dough, set to be released on February 28th, is destined to be a instant street classic. Backed by thumping 808's and trap-lead synths, Jon Dough has all of the ingredients needed in a hip hop banger. Eskie Jones rides the beat - which is produced by his Classy Trap Society label mate, ABKTRAUMA, immaculately rapping; "I keep these broads calling / Balling so hard should be endorsed by Spaulding / I'm on a mission just stacking up all my riches / These niggas hating I pay them cats no attention." Eskie Jones definitely balled hard on the song with his hard hitting and well put-together lyrics.

Eskie Jones's next single - which has a release date of March 6th, is entitled "Great." Great, produced by Keondabeatz finds Eskie Jones rapping about how he has no time for "haters" and at the end of the day, he just wants to be great. The song is honestly a 'great' display of Eskie Jones talent and rhyming ability. This song is for everyone who wants to send a message to all of their detractors; letting them know that no matter how hard they try to stop the greatness, they'll never be able to.

Jon Dough and Great are hotter than the furnace songs, as Eskie Jones - who's known for his energetic flow, definitely gets all the way lit with his passionate displace of lyrcal prowess.