OK Cleveland you wanted the Heat so you got the Heat! RapHead.com caught up with Shugabooga "King of the Clubs' to discuss what on his plate and what inspires him to do what he does. C-Town you def. don't want to pass this one up!! If you need someone to rock the mic at your show, party, or event check out ya boy S=Booga!!! BIG shout out to Underground Kween for holdin' us down on this one!! 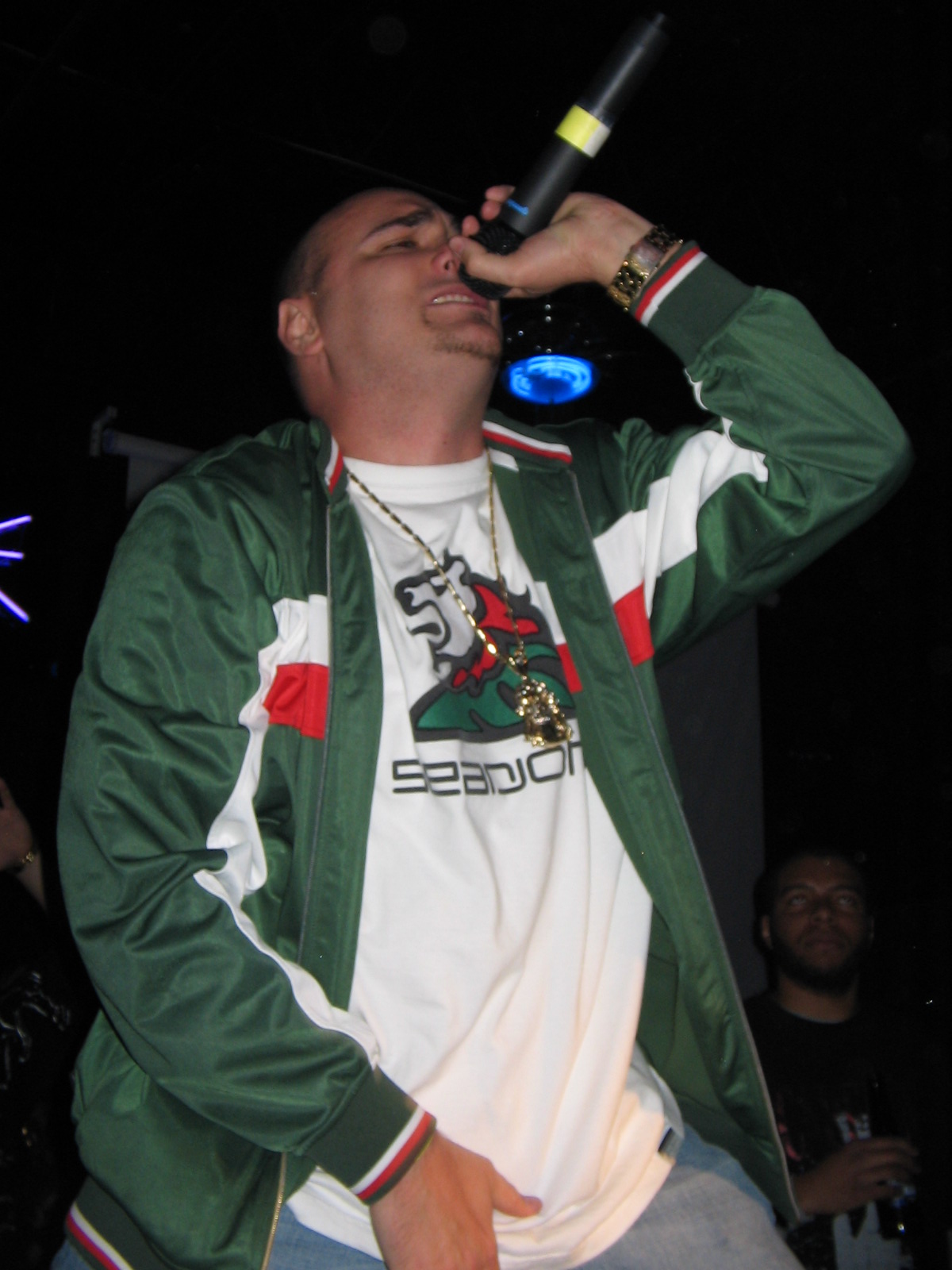 RH: Hey Shug wassup! What cookie jar is your hand in these days? What you up to?

SB: Man Kween, trying to get in where I fit in!! The scene is slow right now with the snow fallin' and the economy stumblin'- but you know, in Cleveland we're used to bein' broke and cold!!!LOL!!

RH: Talk to me about the state of Hip Hop. Are you proud or is it in a state of emergency?

SB: I'm always proud. You know, rap goes in cycles. I remember in the 90's hearin' groups like L7 ( Come Baby Come) and Tag Team and them, and thinkin' hip hop was on it's way out. I thought once it lost it's danger and the Pillsbury Doughboy started doing commercials with a dookey rope on, that it was over. But hip hop finds a way every time. It always comes back. Rappers are getting increasingly involved in politics, economics, business and what have you. You can't be dumb and do that stuff, so I truly believe we won't be dumbed down by our own music. There's a niche for people like Soulja Boi and Yung Berg- but there's also always going to be a niche for Kanye and Nas as well.

RH: Name some hot artists we need to look out for? Who stays in reg. rotation for you? What artists do you feel need to step their game up?

SB: Wow, there's a lot of juice in that question! Locally, my favorite new artist is J Bang. I like artists who can mix that new swagger with some hip hop, and not take themselves too seriously. I like guys that have fun with it and enjoy the art of the punchline! I want people to rock the ice and the backpack simultaneously! Bang is like that. We just wrapped up his mixtape, and I got to do all kinds of skits and comedy bits. There's not many artists willing to give you that entertaining package anymore.

Regular rotation right now isn't really kept by a rapper in my deck, it's kept by producers. My favorites right now without question are the Soundteckz. If I give them a song to sample, they hit me back in a day with a banger. They sample some things I've heard other guys use, but just take it to that next level. I can listen to their music with no lyrics and just bug out!!

Who needs to step up?? Interesting question. I think a guy you'll see step up is Slick Watts. But he needs to step up due to an abundance of opportunity rather than a lack of it! He's got a new sponsorship with Stall and Dean and just absolutely dropped jaws at the New Music Seminar in Cleveland. He can without a doubt be the next Kid Cudi- an Ohio guy who makes it out without having a traditional "Ohio" sound. He's a great person too- surrounded by a great team. I'm very proud of him!

RH: What do you feel about the artists in Cleveland?

SB: I'm like the proud Grandpa in this city!! I'm 32, and when I was 21 I was touring and blowin' up shows and on TV and everything. A lot of the things these cats are doing, I did, and then some. So I know what they're feeling. The only thing I feel negatively about local artists is that they fail to see past Cleveland. They're content to be local hero's, when they could be so much more. Muscially, I try not to judge people by their music too much, because I don't like a lot of what's on the radio, but it sells. I don't like a lot of what these cats are saying, and I absolutely hate some of the production. But if they're sellin' units in the hood, making the radio, sellin' show tickets or whatever- I can't be mad at it. I want to make money off of them too- so I hope every wack rapper in the city blows up and takes me and Rip on tour!!! LOL!!!

RH: What do we need to do to put Cleveland/Ohio on the forefront of this Hip Hop movement?

SB: I don't know that Cleveland will ever be in the forefront honestly. That's not to say we can't get money and get some people on, but look at our city. We went from at one point being, and don't quote me on this, but like the 12th largest market in America to something like the 36th. We have no industry and no potential right now. These labels don't want to invest in people that don't invest in themselves. After touring some other cities and seeing how they get down, it's a shame to see how Cleveland artists do each other. There's no support and no network around here. People get caught up in genre and style so heavy that they limit themselves to working with a small circle. Again, if we don't help each other make the money, then the same promoters, artists, DJ's, hosts, labels, clubs etc are going to control dominating the market and not letting anyone succeed in getting out of our city!! But again, our government has to improve before we can talk about being a maven in the music industry.

RH: Anybody ever disrespect you in this game due to your race?

SB: Not in a long time Kween! I came into this before Eminem was out. That's when it was hard to do. I was in a group called Whyte Trash, and we'd do shows all over the country. And we were the only white boys everywhere we went! These white boys today walk through a lot of doors that me and my boys opened!! Real recognize real, right? If you are honest and true, people will sense and respect that. I respect hip hop, but I also respect the black culture- the black family, the black experience. I don't use the "N" word, and I try my best to not act in a way that would be insulting to black people. I have been accepted into a culture that isn't traditionally one I shouldn't be in- and that humbles me. After all this time, I don't know that people look at me by color anymore. Then again- if you are asking the question it must still be an issue!! LOL!!

RH: If you weren't doing Hip Hop what would you be doing?

SB: I would still be involved with music somehow. My mother has her master's degree in music, and I played the drums for about 11 years. But Hip Hop defines so much of who I am- I can't even begin to imagine!

RH: What's your personal life looking like? What kinda women do it for you?

SB: You know what, I'm happy for the first time in a minute. I've got a girl who I think really gets me and loves hip hop like I do. I met her at a BIG memorial party- I mean how real is that?? I like women who don't run at the first crack in the wall- who don't give up when you're not perfect. So often now, when people hit a bump in the road, that's the end of the relationship. You can't build families with that attitude. So far, my girl's been a ridah!!! LOL!!! Looks like she's gonna have my back, which is all I need!!!

RH: Who inspires you when you feel like straight giving up?

SB: The obvious answers are my son and my girl. They are definitely my support system. I want them to be proud of me! And I know that I make them happy when I'm doing these cool things and performing or whatever. I don't need a lot of inspiration from people though, because I've walked away from hip hop before, and it didn't last long. So I know I'll never give up!

SB: WOW- another good question- I love one's like this

And these are in no order by the way!:

3) Jodeci- Come and Talk to Me

1) Method Man and Mary J Blige- You're All I Need


RH: Thank you for the interview, any last words or shout outs:

SB: Thanks to you of course Kween! So Sincere and Added Bonus Ent, My man Jeff "New Money" Johnson and the whole Raphead.com community, World Famous DJ Jack Da Rippa, my son Jayda Boy and my beautiful girlfriend Angie! 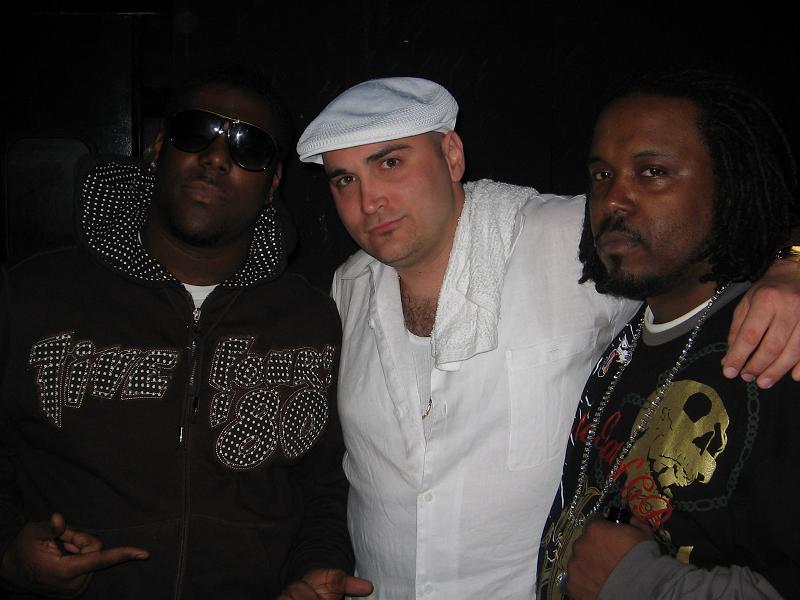 Comment by Optimus Grime on November 23, 2008 at 11:19pm
Good interview fam!! we appreciate the love too! Cleveland Hip Hop needs more cats like you, real talk!
Stay up fam!
Shout out to Underground Kween and the rest of the Raphead community!
PEAAAAAACE!!!

Comment by WattsyMusic Management - SLICK WATTS on November 25, 2008 at 2:44pm
Hey Shugabooga thanks for the SLICK WATTS shout out. We are definitely trying to do big things. Looking forward to working with you here soon!