Hip Hop Artist KiNg EmEry, Is Ready To Collect What He Is Owed With The New Project "Royalty Fees" 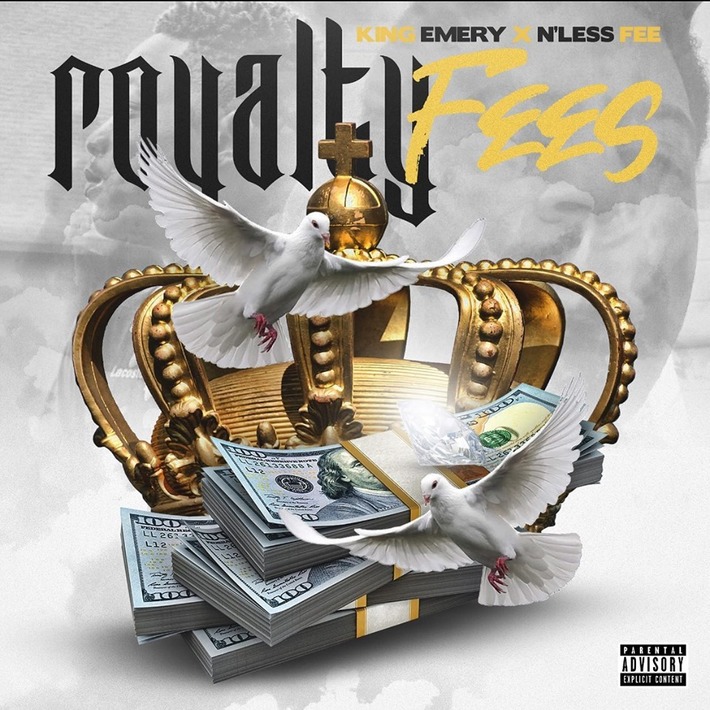 KiNg EmErY is a rapper originally from Dallas, TX, who discovered his talent for rapping when he was in the 3rd grade. And since, has been using music as a way to express himself and deal with obstacles in his life ever. In 2018, KiNg EmErY recorded his mixtape “Critically Acclaimed” which garnered national attention. That attention kept him focused on his art and hustle bringing him to launching his own independent record label, Money Maker Nation.From here,the only direction for a King to go is up.

His current project is the EP “Royalty Fees” with fellow artist N’Less Fee. And this short 5 Song project is one of the best show casings of skills I have seen in a while. King EmErY was able to make something for just about everyone and still stay true to his nature of dropping street gems of survival and reality in his music.

The songs "Old Relationships" and "$tar" have that new sound in music. That turn up, autotune feel, with a nice lyrical delivery and presence of today's popular style. On "Drip"...the title says just that. Wash the car, turn the sounds up and stunt hard. The single "Texas Hustle" is my personal favorite. I felt like I was getting the real and raw King EmErY. Not that the others songs weren't him, but this had no direct aim at an audience. He felt the beat...and wrote his trials and tribulations, losses and wins, as he felt they should be delivered. Classic hood hip hop to me. The final single "Super Soaker" was the most important ingredient to the project, again, in my opinion. "Super Soaker" is directed to everyone. I won't get to into details on the lyrical content, but I will say this is the single the ladies will spin, the fella's will spin, the club, the radio, the party...This is one of those very marketable tracks that everyone can enjoy.

Over all "Royalty Fees"is a great and classic project. For me it was the introduction to this motivate emcee,and I feel the perfect pick for anyone to learn about this artist. But after a quick google search i seen this man was working and there was alot to catch upon. You can't say "there is no good music"if you're not listening. And King EmErY's music is a good place to start. Be on the look out for the release of his first full album in April 2020. You can listen to “Royalty Fees” on Apple Music and YouTube. Follow KiNg EmErY on Instagram.