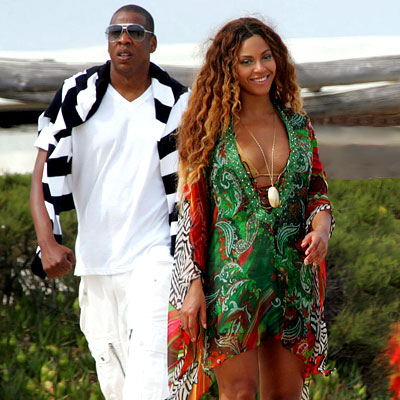 Thanks to a monster year filled with music, movies, fashion and endorsement deals, Jay-Z and his new bride, Beyonce Knowles, collectively raked in $162 million between June 1, 2007 and June 1, 2008. The jaw-dropping sum garners them bragging rights atop our first annual ranking of Hollywood's Top-Earning Couples, a list that also includes A-list pairings Keith Urban and Nicole Kidman, David and Victoria Beckham, Tom Cruise and Katie Holmes, and Ben Affleck and Jennifer Garner, among others.

"Naturally, powerful people tend to gravitate toward other powerful people," explains clinical psychologist and celebrity researcher Jim Houran, for reasons that range from proximity (stars hang around other stars) to familiarity (people are attracted, at least initially, to others like them) to clearer expectations (shared priorities make it easier for celebrities to relate). No matter how they get together, the results are good for the bottom line.

Take Will and Jada Pinkett Smith. They hauled in some $85 million over the past year, making them No. 2 on our list. Though Jada's resume continues to grow, Will's the family breadwinner. He raked in $80 million in the year ending June 2008, thanks to another set of top-performing blockbusters: "I Am Legend," "The Pursuit of Happyness," and this past summer's "Hancock." Together the flicks banked $1.2 billion at the worldwide box office, making him Hollywood's most bankable star