Before we get into anything bro. I gotta comment on ya name. The way you use the Ø in XØ Louie, where did that come from?

XO I thought was too basic, I wanted something that could be reconised.

That’s a piece of your brand fam, own it for sure.

So where yall hailing out of?

I’m from Marin County, the North Bay, which is 20 min away from SF.

I peeped your Instagram and you got some good looks going on. I also seen you giving away a Hoody. Is It gone yet and how can I get one of those digs? Yee I just released a song and I wanted to help it get some clout so I have one away to the person who played it the most. I’m ordering a bunch more soon, just Dm me on insta.

No doubt, will do fam.

You got you new record out, “I’m Loaded” and its got that modern sound. What inspires you to produce this kind of sound?

Its all about following trends and putting your own twist on them and then once you get a feel creating a trend. Thats how I think of it.

For sure, I can hear your own style wrapped into it.

How long you been in the game for?

What’s next? You got any new material, albums, or more singles coming out? Whats ya next move?

I’m working with a bunch of new artist but I have to keep it on the DL rn. Im also shooting a video for I’M loaded.

I’ll have to check out the visuals when it’s dropped.

How about your productions? You got a go to beat producer? The banger used for “I’m Loaded” got a trap attack sound.

One of my friends TH4T who helped me produce I’M Loaded is the homie and I go to him a bunch. I also have a friend in Germany (SLO) and he’s dope too. I’m a huge fan of Ronny J, Bighead, and Captain Crunch beats.

Yall recording yourselves? Learning the craft.

Yee I record with some friends and producers. But I don’t have a full studio yet.

Alright fam before we go, I got one more question. Top 5 songs on your playlist right now.

There isn’t an order for this

I got a hella more haha

Thanks fam, I’ll make sure to check up on ya insta for those sweaters and hit me up with the visuals when yall get that released.

Hit up the link below to support XØ Louie's new single "I'm Loaded". 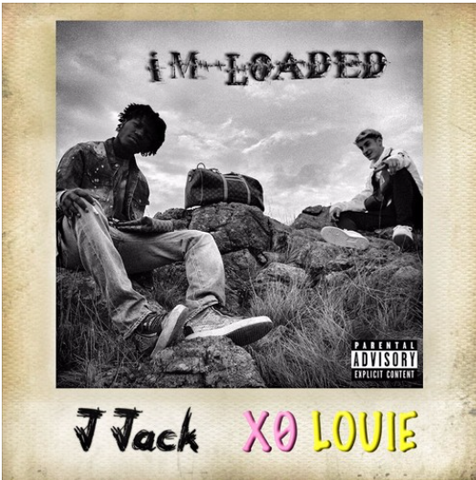