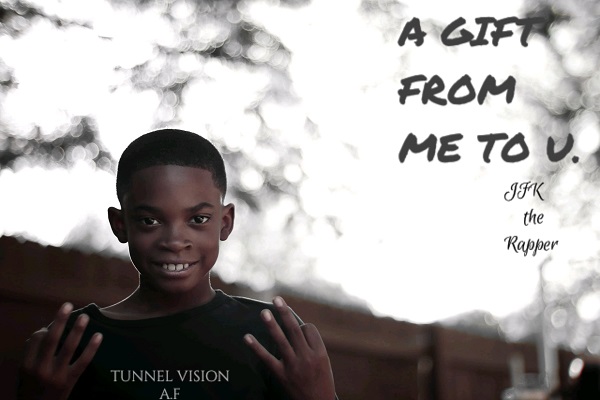 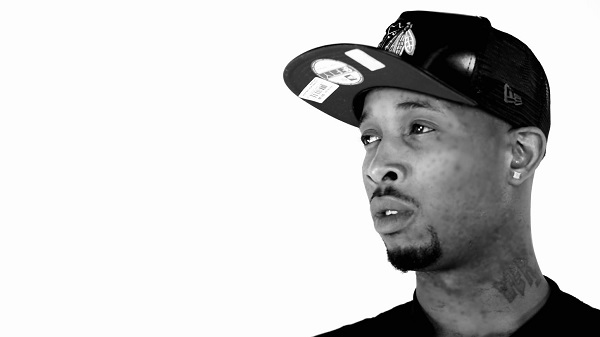 CHICAGO, IL – If there’s one thing Jonathan Kelly has known for most of his life, it’s that he has a gift of music that he was meant to share with the world. It’s a gift that he’s honed and developed over the years. Today, he offers that gift to the world as the hottest new Chicago-based artist operating under the stage name JFK.

His latest mixtape, “A Gift from Me to You,” is the exact kind of music that he knows he was destined to share with others around the globe. The mixtape is his version of bringing bars back to the industry with real songs that will touch the soul, and with vibes that will take true Hip Hop fans back to the days when “music was real music,” he said.

“It’s an emotional roller coaster ride of songs that are gonna make you feel every word,” JFK said. “Every lyric in each song is my gift to the world. The thing that sets me apart is my wordplay. Every song is crafted. You’re going to see the talent behind every song. Nothing is rushed. It all comes from the heart. And there’s music for every genre of Hip Hop – it’s not all gang banging, drill stuff. It’s family music and emotional music and stuff from my everyday life.”

The first of the 10 songs on the album is “Sonic Hedgehog” which JFK said he chose as a debut because of how hot it is. The club banger features motivational lyrics that inspire others to take care of business and make fast moves so as to stay on top of the game. The up-tempo party song is the perfect song to introduce a new wave of fans to JFK’s music, and he said he’s anxious for it to begin making its way across the country.

Another single from the project that is making waves is “One and the Same.” Inspired by the social unrest that came to a head in 2020, the song is JFK’s way of encouraging others to try harder when it comes to mending racial lines and working together to overcome the social injustices of the world.

“When you walk around in Chicago, it’s so segregated,” he said. “White people won’t talk to you because you’re black, and this song is basically saying that I’m not different than you and you’re not different than me. We could be best friends, but you won’t even speak to me. It’s a song about how people could have so much in common, but fear is letting one walk away from a person. You could lose a soul mate just because you’re afraid to say ‘Hi.’”

Following “A Gift from Me to You,” JFK said he’ll drop the album “Dinosaur and the Marvel” by March.

To listen to his music or to follow him on social media, please visit: