Brandon Lindsey, better known as “Kidcavi” is a American musician, songwriter, and producer. His name came from being called “cavalier” when he was younger when he moved to Memphis, TN from Cleveland, OH by friends and a eventual misspelling(caviler) lead to the actual name “Kidcavi” for short.

Kidcavi released a series of songs on SoundCloud including his “saucemix” series which lead up to his debut single “fake love” which lead to him landing a deal with 448 entertainment. He released his debut project “chosen 1” March 29th 2019 which featured other acts like silk Owens, Dooway, and production from Loud tempo that received positive reviews from music critics with singles like “F.S.U” and “Murder on my mind” leading the project
Brandon Lindsey was born on December 12th 1994 in Greenville,MS. His mother born and raised in Mississippi moved to Cleveland,OH shorty after. She was a fan of three six mafia, Bone thugs and harmony jay z and nas. Kidcavi started rapping at the age of 5 from being able to resight lyrics from bone thugs n harmony“first of the month” and other acts such as 50 cents “in the club” “many men” and “heat” at the age of 8 Kidcavi moved to Memphis,TN at the age of 13 when he started rapping his own lyrics with friends he met in his neighborhood. They urged him to actually start rapping because of his fast delivery and metaphors. Kidcavi started to take on music more serious after getting into band after not making the basketball team to take up time. He took a liking into being able to play instruments and read music. Kidcavi grew up admiring people like Kanye west, lil B, DMX, Bone Thugs N harmony, three 6 mafia, and Ludachris
Kidcavi wasn’t accepted by many in Memphis because of how different he was from everyone, With that and troubles at home due to his mother having to support him and his two other siblings lead to him moving schools a lot in high school and getting involved with the vice lords. He stopped caring about school which lead to his expulsion in the 11th grade for drug charges. As a agreement to the terms of his probation he completed community service and was sent to the Youth Challenge Academy(YCA) for 5 months where he started writing music. Upon his release he enlisted in the army for six years then attended college at Middle Tennessee State University(MTSU) with other music power houses like producer taykeith. Kidcavi eventually dropped out his senior year to do music full time and is now sittin comfortably at over 15k Streams for his first single, “Fake Love”  and gearing up to release his next single “Bag” under the 448 Banner. SO GET READY CUZ THE FSU WORLD CHAMP IS COMING AND HE WANTS TO KNOW...WHAT CHA GON DO WHEN KIDCAVI DRIPS SAUCE ON YOU!!!!!
Bag Spotify Link: https://open.spotify.com/track/4prc4f839UNF3LKonWo4ss?si=LfKoeex8Qk...
Tap Bio Link to all his social media and songs: https://tap.bio/@kidcavi 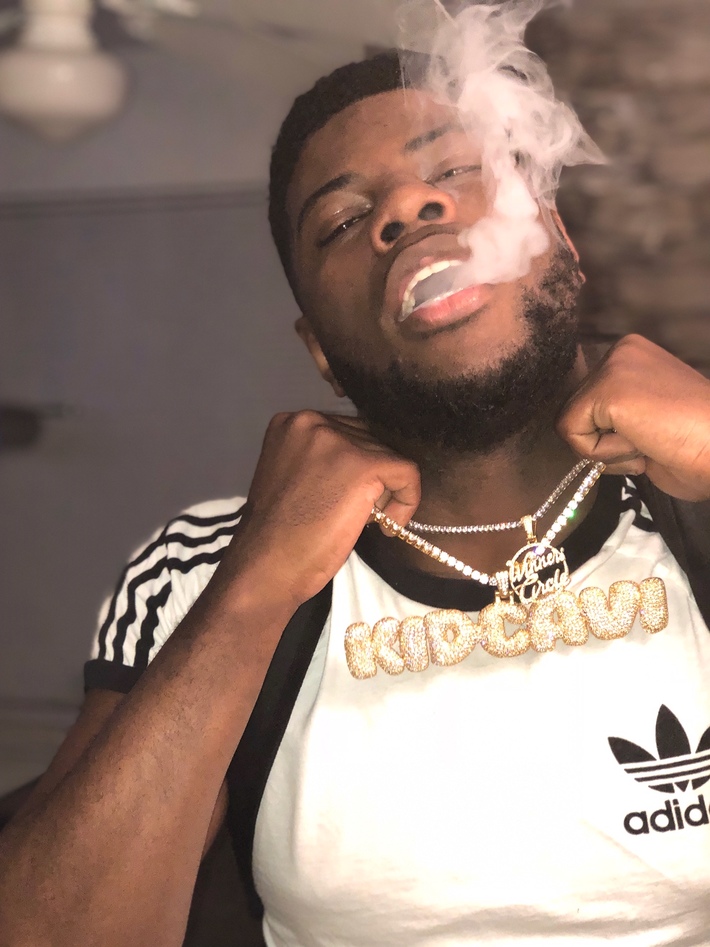