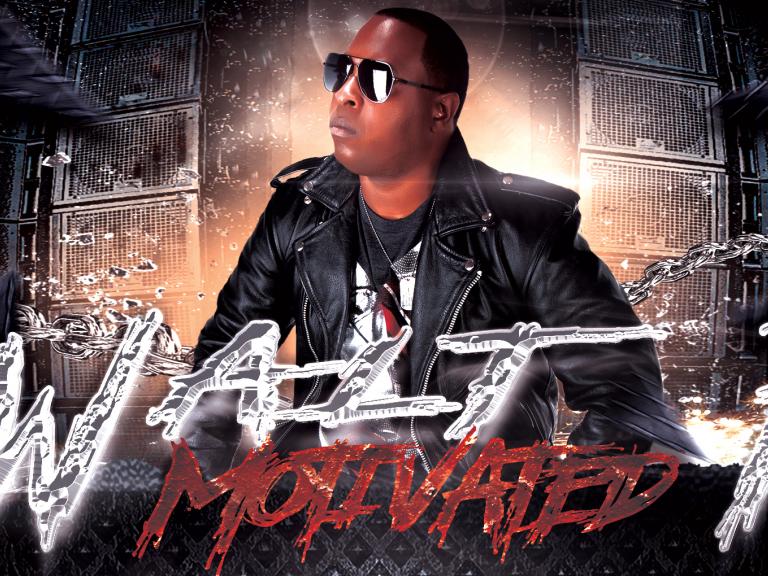 Feelings often conflict, but you have to choose what your life will say, despite how you feel

Walt Posey, a.k.a. Walt P tha Bad Guy spends his time in the studio channeling the lyrics in his music into a cycle of experiences that convey encouraging and thought provoking messages of inspiration, as he gears up for the release of his debut EP, What If Sonny Lived, Vol. 1. The album is a self-proclaimed memoir that chronicles his personal life of pain and sacrifice, through struggles and challenges - summed up simply - about Life!

Like the character in one of the most memorable novels in story-telling, the theme of What If Sonny Lived, Vol. 1 resembles an adaptation of the classic Godfather film, embodied in the spirit of the flick’s underboss, Sonny Corleone. Mirroring Sonny’s image, Walt P tha Bad Guy admits, “Like Sonny, I am my father’s eldest son, whose impulsive thinking has often let my temper over ride my judgment. Unlike Sonny, I survived my struggle and overcame pain as a result of vengeance and ferociousness.” As evidenced on his single debut, “Motivated,” Walt P effortlessly bleeds into his music as he describes his will power to win and undertake his ambitions to become his own boss and make his own money.

“I don't see no redlight no stop sign/its go time sprint right to the finish that's what goes on in my mind/its my turn to win it/I go so hard when I grind/aint no gold on the surface gotta dig to find/and I'm so motivated (Yeeeaaah)/and I'm so dedicated…I don't see no redlight no stop sign ….” He flows on the up-tempo banger, “Mobster,” as the bad guyy reveals a darker side of him that opens up to some of his past doings, leading to the things he has done to get to the point in life that he is at today.

“I channel Lucky Luciano for that beef/Making money like Bonnano got connects straight overseas/Paulie Castellano run my family you know I'm chief/Everybody know me Mr Gotti black with gold teeth … Beat them charges like I'm Rocky then I'm right back to the streets … while navigating in and out on the hook, “Walk like a mobster/Talk like a mobster/Live like a mobster/Smoking on cigars bruh/Gangstas at my table we be eating on the lobster…"

Like the ending to a good book, Walt P encourages letting go of by-gones and embracing the moment with happiness, on the feel-good track, “Take Me Under.” It doesn’t hurt that he credits award-winning rappers, Master P. and legendary B.I.G. as his most influential and compelling music influences, and owns up to his fascination for listening to 70’s soft rock music by the rock & roll rhythm duo, Hall & Oates and the British-American rock band, Fleetwood Mac. But first and foremost, his prime inspiration, whom he “thanks for giving me a vison to know what was best for me is God,” he says gratefully. The 27-year old rapper from Augusta, GA grew up in the small town of Rome, GA, in a community infested by elements of crime. Surrounded by the pitfalls of corruption common in inner-city neighborhoods, he witnessed many of his friends fall victim to becoming another failure of the system, in and out of revolving doors in detention homes and city prisons. Although his mother raised him and 4 other siblings as a single parent, he was always reminded by the words of his father, whom he praises for always encouraging him to work hard to make a living.

Determined not to become a statistic of his own trappings and wrongdoings on the streets, at the age of 18 he enlisted in the military as a form of escape from his environment. That decision would prove to be a good choice. Little did he know that his calling to become a hip-hop artist would be fueled by his first performance in front of a captivated audience of U.S. military troops during his deployment in Iraq. The energy of the crowd and their fascination of his live shows ignited his passion to pursue his dream of becoming a recording artist. He recalls the feeling as “its own high like no other feeling you can get.” That was the point that he decided to hang up his uniform, move forward in faith, and set out on a path of fulfilling his first dream – his love of music. Walt P’s gift as a rapper started at a young age, when one day while he was socializing with the ladies, and hanging with friends rapping to “Sipping on Seagram’s Gin and Juice,” free styling just for fun. It was when they asked him to join them on the track, and he added his writing skills to the flow on the music, that “Walt P the Bad Guy” were created.

Summing up his life experiences he adds, “I hope that the messages in my music will inspire others never to give up on their dreams, and to know that you can do and be what you vision for yourself in life.” Not bad for the kid from a small town with dreams to one day tour big with the Red Hot Chili Peppers. What If Sonny Lived, Vol. 1 was solely written by Walt P under the direction of super-producer Christopher Starr of CSP Music Group in Atlanta, GA. Starr, who founded CSP and has worked with the likes of Mary J. Blige, Christina Aguilera and Chris Brown, carves out his day in his Atlantabased recording studio sculpting the careers of aspiring singers and songwriters to help them reach their goal of starting their career in music. During the process of their recording sessions under his direction, singers, rappers as well as songwriters are also coached on the business of the music industry and what it takes to be successful in their art.

The first single “Motivated” is scheduled for a digital release on Mason J Records, a subsidiary of CSP Music Group in June, 2016. And if Vol. 1 of Walt P tha Bad Guy’s delivery is any indication of what to expect from this breakout artist, stay tuned to the sequel, Vol. 2. To be continued….