One of the best you never heard of until now, Deizal (Dezal) Nuncio(NUN-CEE-O) started rapping in 2000. Deizal Is a native Baltimorean with a powerful story to tell. He found a way to communicate life's struggles through his rap lyrics and head banging beats. It's no surprise that Deizal is a great musician. He's lived with music all of his life. At an early age he would have beats in his head often human B-boxing. There were music bands on both sides of the family. As a matter of fact, Kim Waters, well known saxophonist in the world of jazz is Deizal's cousin. He grew up hearing oldies but goodies ,with his parents, singing on the choir, and learning hip hop and rock from his two older brothers. He was a huge Michael Jackson Fan growing up and performed at school assemblies and churches. Deizal performed in front of a packed Painter's Mills Music Theatre in the area. It was Michael Jackson’s competition, and at age 6 placed 3rd. With all the genres and personality's Deizal was exposed to, he had to love music and started to write poems about Baltimore the basis for many of his raps. Deizal's music carries many messages of City life but, he takes a real look at all sides of life. His beats move the messages through with ease until you're are rocking and understanding at the same time. Deizal has been spotlighted on the K Swift local artist spotlight show here in Baltimore on 92.3 fm. (Thank You Swift) He was also on the Cafe' Late' on Baltimore Community cable station 21. 92Q-92.3 also played Deizal's "Rid Wit Me and Throw it up" during the Five 0'clock Ride Segments.(Thank you Kenny K and Big Brother KO)Recently Deizal Released the single Feel Good which is playing in the paradox, a local club in Baltimore.(Good look DJ fats another star on the rise) Feel Good was also played on the WKYS 93.9 Kiss It or Diss It Show in DC, receiving great reviews. On May 19 2012 Deizal Release his new album, ALBUM OF THE YEAR now available on itunes, amazon songcast 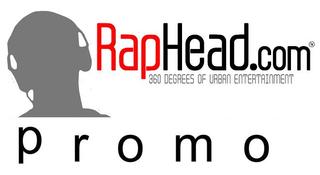