The Billionaire Blogs Club 2012 Album, Mixtape and Artist Of The Year Awards. --- Winners Inside 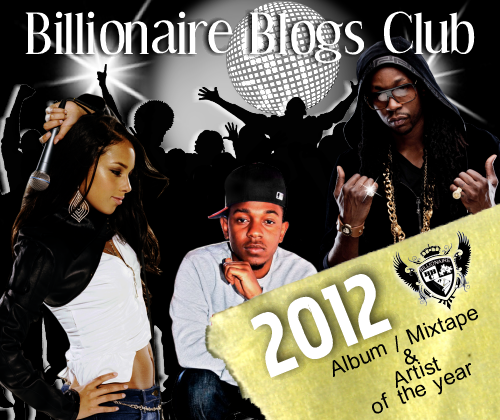 Welcome to the first annual Billionaire Blogs Club Music Awards! We’re kicking things off with arguably the most important categories, album, artist, mixtape of the year. With so many excellent albums released in 2012, we had trouble narrowing down our list of finalists, but somehow, we’ve done it.

The Billionaire Blogs Club wanted to recognize and give credit to the most influential album, artist and mixtape of 2012. And let's hope that 2013 is full of great music and talent as well.