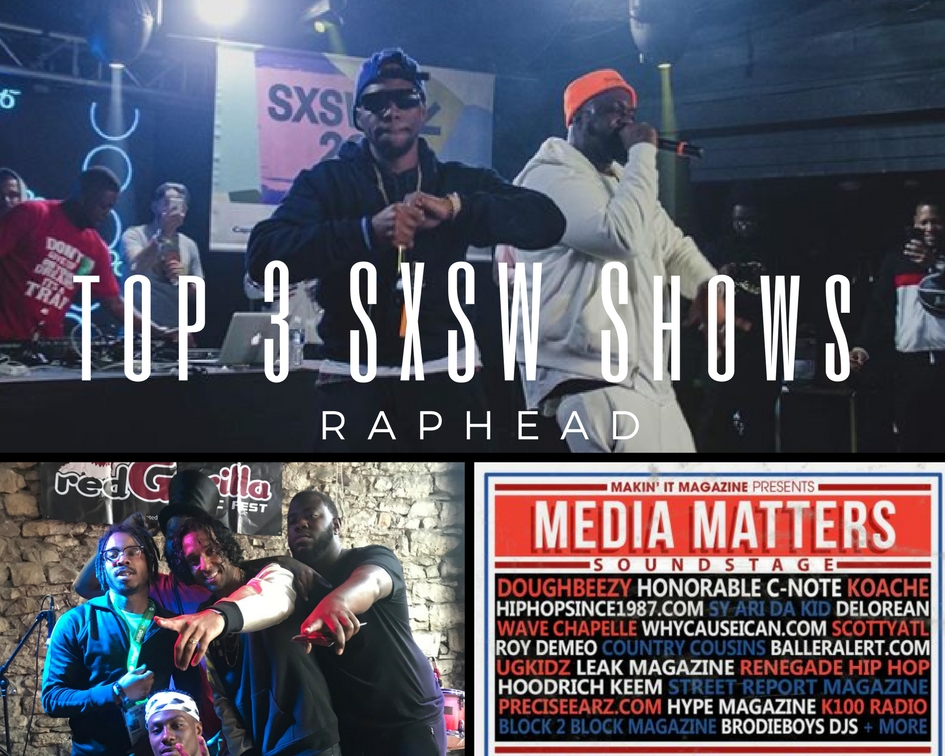 THIRD PLACE: Atlanta’s own Making it Magazine had a showcase called Media Matters that was one of the best shows of SXSW. K100 radio was there as well interviewing some of the top artists that performed. The packed show saw rappers Syari Da Kid and Yung Booke steal the spotlight but there were also dope performances by Scotty ATL, Demarcus Rashad, Wave Chapelle, The Honorable C-Note, Koache, The Shop Boyz, and Renegade Hip Hop. Despite the fact that they had to switch venues only an hour before the event, this was still one of the hottest shows of 2018.

SECOND PLACE: Some of the best shows this year were unofficial showcases. This particular show was put on by Red Gorilla and took place at Aquarium, one of the many bars on 6th St. It’s hard to decide which shows to check out but we’re so glad we made it to Shah’s showcase. Shah turned out to be one of the hottest new artists, being named the Top New Artist of SXSW 2018 as well as the Breakout New Artist. Shah didn’t just save the spotlight for himself though, he brought out several other very talented artists on his set. First there was Jordan Cash from LA, followed by another star in the making, L Mont from New Orleans. Just before the headliner Shah went on he brought out fellow Atlanta rapper Yoshi and his squad the YoshiCrew and their energy on stage was dope. We should also note that Shah had a secret pop up show a few days before which we unfortunately didn’t get to intend but we later watched the live stream and it looked like one of the most interesting and artistic performances of SXSW. Shah was joined by Nathan Chan of the Seattle Symphony Orchestra, who was playing an electric cello alongside Shah rapping. Wish we hadn’t missed that one.

FIRST PLACE: Our favorite show of the whole festival was The Jet Life Showcase featuring Curren$y at Empire Control Room. This was an official event and completely star studded. Curren$y obviously headlined as it was his show and he killed his performance to a crowd of die hard fans. The rest of the lineup included Trae The Truth, 24Hrs, Cornerboy P, Scotty ATL, Smoke DZA, Cuzz Light Year, T.Y., Rexx Life Raj, and Trizz. There was never a dull moment during this show and some of the fan favorites were Atlanta’s 24Hrs and Bay Area’s Rexx Life Raj. It was dope to see so many artists from across the country come together for the hottest show of SXSW 2018.