WU-TANG HAS A NEW GROUP

The children of several members of the Wu-Tang Clan are joining forces to create their own hip-hop group, according to reports. iNTeLL, son of U-God; PXWER, son of Method Man; SUN GOD, son of Ghostface Killah; and Young Dirty Bastard, son of the late Ol’ Dirty Bastard, have teamed up to create 2nd Generation Wu—a group that will pay homage to the legendary hip-hop group and while paving their own way. “We’re all next in line to receive ‘Wu-Tang is forever’ but at the same time, we all have our own unique sound and we’re ready to share that together,” iNTeLL told the website. According to the rapper, he and PXWER—who are blood related through their mothers—had been pursuing music together and started making connections with other children of Wu-Tang Clan members over the course of 10 years. “Once I was aware that we all do music, I was like ‘holy s***,’” iNTeLL said. “We aren’t really in communication like that but we all have music in our DNA. Now imagine if we all get together. How powerful that would be.”

The group recently dropped their debut single this month titled “7 O.D.” through Dock Street Records, based inside Amendment 18 in Stapleton. The opening lyric to the debut single is “God made everything around me; Forget about the money; None of it is real y’all.”  and said they would release a music video by the end of 2019.
https://youtu.be/03uoZJpyg8M 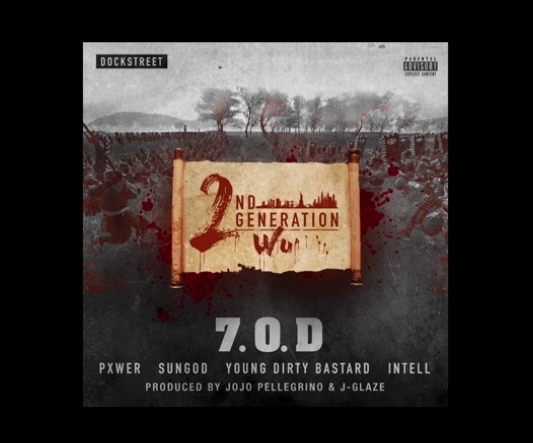 An album is also in the works, and it will be released in the “near future." “We’re infusing the sounds of our fathers to create a new Wu-Tang dynasty,” iNTeLL told the website, SILive.com “We comin’ in strong... This isn’t a ‘dip our toe in’ kind of thing. This plan is in full force, we here.”