Congrats to all artists who made the first official RapHead.com mixtape. We appreciate all submissions from all artists. The tracks selected were based upon delivery, quality, and originality. We will have many mixtapes droppin' in order to promote RapHead talent so make sure you tune in to whats goin' down on the site! 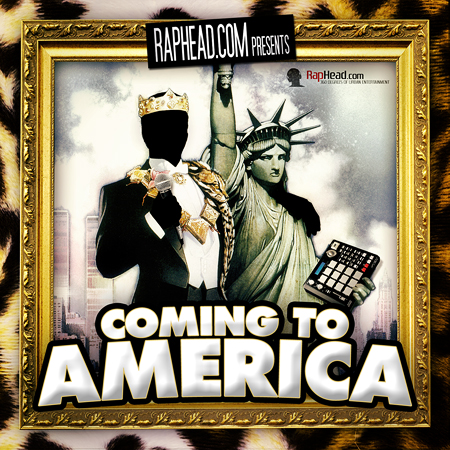 We have 2 sponsorship spots left for placement within the mixtape - FIRST COME, FIRST SERVE....
Your logo will be featured inside the cover of the CD. You will mentioned in the press release as an official sponsor for RapHead.com first official mixtape. We are working to get the mixtape featured in the magazine XXL and will include all sponsors in this write up as well. Here is info. on the DJ that mixed the project as well...

To help up and coming artists market themselves and to self-promote, Blazita is also mix tape DJ. She recently won an industry award (Justo) for BEST FEMALE DJ. Her mix cds have been featured on MTV Mixtape Mondays more than 9 times in the past yearand have been reviewed on Rapmullet.com, Thickonline.com (Canada), in Scratch Magazine, Foundation Magazine, and ThaHood Magazine (Germany).

Blazita In the 15th Anniversary Issue of Vibe Magazine!
DJ Blazita appears in Vibe Magazine's 15th Anniversary Issue!
Check out page 34 for the Vibe Playlist: "The Ultimate Soundtrack: 5 Major DJs Bring That Heat". Blazita's playlist appears alongside DJ Drama, Kid Capri, Big Boy, and Quest Love. Her playlist includes "3 Big Boss Hits from Best Female Mixtape DJ Winner". Although Vibe cut her top 2 picks from Biggie (Juicy and Sky is the Limit), she is happy to be a part of the feature

The Mixtape will be promoted on RapHead.com, MySpace, Facebook, and various other entertainment sites. We wll press 1000+ copies which will be distributed as far as Phoenix, AZ to New York City,NY. Your logo will also be placed on all flyer advertisments as well. If your interested email your logo to RapHeadMusic@gmail.com and SEND $50 VIA PAYPAL TO RAPHEADMUSIC@GMAIL.COM

Replies to This Discussion