Sway to the versatile beats of Sauce Perreler's latest music and watch it make you dance along! Stream the latest singles now!

Gwynn Oak, Maryland — March 2021 —  Music made with love strikes the heart's chords. Sauce Perreler, born in Cowley District, is a rising, new-age Dancehall Reggae artist. He has made a considerable impact in the Dancehall music industry with his refreshing pieces.

He first emerged in the Dancehall industry,…

Athens, Georgia - You are never too old to pursue your passions. While the world can feel like a difficult place, seizing the opportunities that present themselves is part of what makes life worth living. Upcoming artist Nony1 is seizing his opportunity with both hands.

Nony1, which is short for Anonymous One, is an upcoming Rap and Hip Hop artist based in Athens, Georgia. The artist has…

Nuthin But Fire Records presents New Orleans, LA. based rapper and recording artist Sess 4-5. The Sinista on da Traxx provided production accompanied by Cash Money Records; Ms. Tee delivers a heartfelt ode to those that must decide between LOVE, staying and hurting, or leaving and growing. Elevation requires separation. Some people will make it out, others, "Stayed In The Ghetto." This cleverly arranged track combines two New Orleans titans on a track that will leave the people wanting… Continue

Cincinnati, OH Dubbblife Entertainment presents Bishop DaGreat. The southern emcees latest offering, the melodic and mesmerizing track produced by Nevermore, takes you on a mission to the moon. "I'm Higher Than A Satellite," proclaims Bishop DaGreat, and judging from the joyful sounds of this soon-to-be radio smash, it's all for the better.… YNIC B isn’t new to Hip Hop. He began his music career in 2017 under the name B Smith but changed it after discovering another artist by the same name. He used that opportunity to reintroduce himself and create the label YNIC (You (K)Now It’s Cash Money) Entertainment in 2021.

With a new name and new determination, YNIC B will soon release a new EP and the first single, “Sho Em,” is out now. It issues a warning to anyone trying to underestimate him. In his mind, he has a lot to prove… Continue

Rising artist Slim Wavy is back with a hot new single titled "Quemar". Check it out below and follow him on social media for his latest releases.

In almost two years in the making, KeMoNi's first official Album "L.o.V.E" has finally been released. The first installment of a trilogy; Love, P.A.I.n, and F.R.E.E; the various stages of one's mental and emotional state before, during, and after a relationship. Embark on the journey towards love and the many ways how you, the listener, can interpret. Heavily inspired by the 90's and 2000's style of R&B, L.o.V.E [LettingOutVariousEmotions] also keeps things new and modern. Although it is… Continue As part of the Dopamean Music Entertainment umbrella, Nyke Ness is one of many looking to set a new bar with this album along with ten new tracks.

Hailing from the DMV area, the hometown of so many legendary artists, …

How would you describe your sound?

My sound best describes itself as wavy, funky melodies with big trap drums and bass!

Tell us about your latest track...

I was born in Johannesburg, South Africa, but moved to Wembley in NW London.

Hip-Hop/Rap with some elements of RnB.

Tell us about your latest track:

KeyNotes ft. Drake - "All These People" 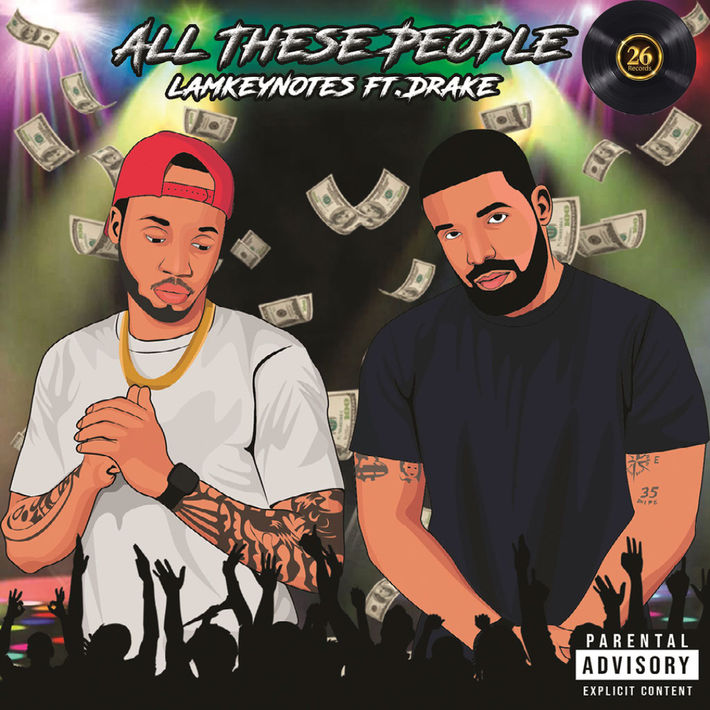 Fresh off his platinum success with his break out record “Buss It Down” Ft Da Baby and Petey Pablo currently at OVER 2 million streams, KeyNotes is back with an assist from Champagne Papi as they release “All These People” from his highly anticipated upcoming album. Check out this hot new joint below and…

This Young Phenomenon Is Ready To Conquer It All

Young sensation Sa$ha Lee, rapper and artist, has an important message for all

Charlotte, North Carolina – March 29th, 2021 – Six-year-old Sa$ha Lee Simmons is making waves with her passion for singing and performance. The young rapper recorded a seven-song album titled 'Paint the World' during the pandemic last year. Having also co-written the album, the young performer’s motivation was to paint the world through music. The Album ‘Paint the…

Peru-Based Artist, DCizco on the Rise 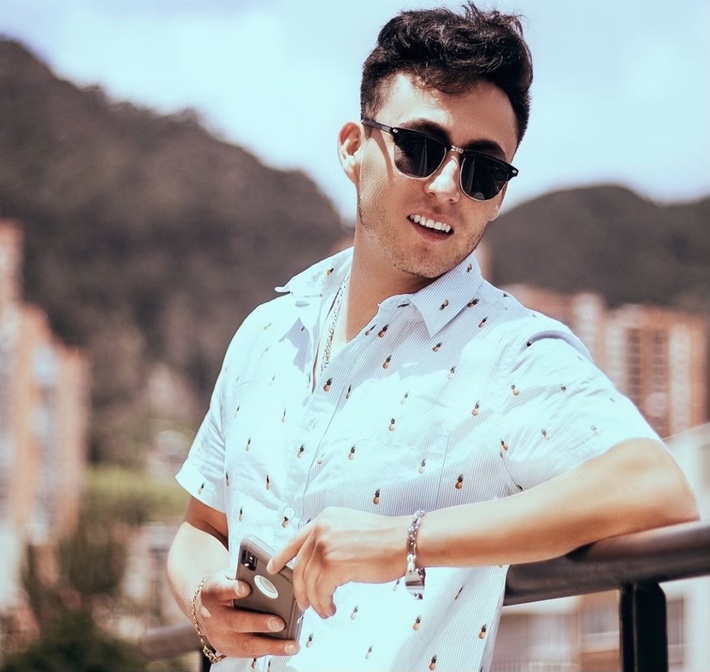 DCizco, Francisco DelCarpio is an artist born and raised in Peru; he attended catholic schools and his bad behavior in school resulted in him being kicked out a lot. But still he was recognized for his acting ability and valuable participation in the Choir programs at each school.

Legacy Media recently brought us new record from Donta Glo, titled "Shawty." In the first verse Donta says, "If I tell you I love you that’s facts, baby if you don’t love me say that, got me all in my feelings in these raps", check out the entire lyrics to this dope track today.…

Nique Got-It “All My” Single | @NiqueGot_It

Nique Got-It delivers another street banger, "All My." With his confident demeanor, clever lyricism and wordplay Nique Got-It & CMC Entertainment LLC continue to set the bar for the MidWest. Describing her musical style as alternative R&B and soul while bringing a more pop perspective, Khyenci is now ready to take on the world and share her musical joy with her debut single ‘Only Fans.’

“I recorded ‘Only Fans’ with Josh Connolly who produced it - we had fun creating it - the song just has such a cool vibe right away” says Khyenci. “From the moment I started writing the song I was like “okay, this is a fun one.” I…

As an active author, director and producer, Dennis Reed II stays focused on the next big thing - and now the next big thing happens to be his own work. The Detroit-based multi-talent is closing out the first quarter of 2021 with accolades with two of the most viewed films on Tubi - Indictment: Who Is Jonathan Carter?, which was originally released Summer 2020, and He Said She Said, which premiered on the popular streaming service earlier this month. The…
Continue 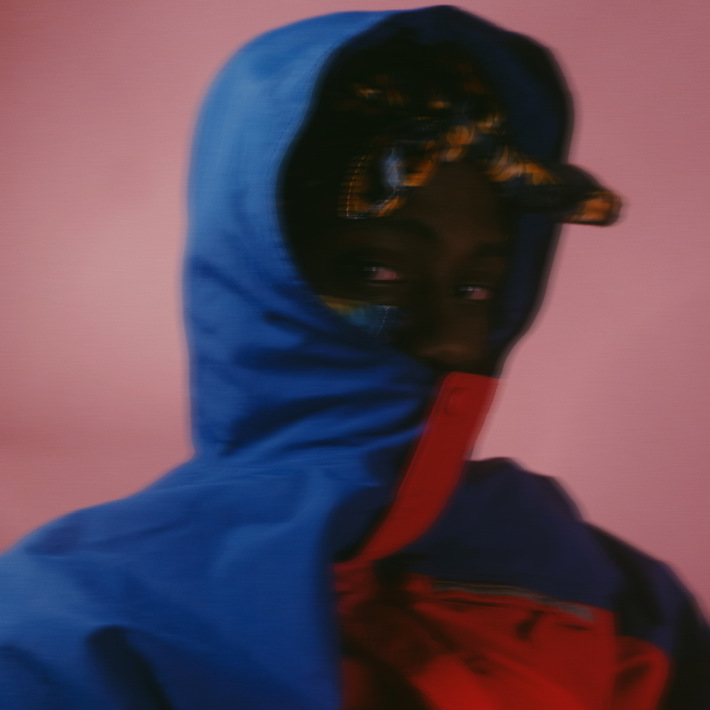 Rising artist Vonte Write is back with 2 new hot singles titled "Hilary $wank" and "Wmr" (where's my roach?). Check out his latest work below and follow him on social media for his new music.…

Embodying the influences of his predecessors like Roc-A-Fella Records, The Diplomats, & Ruff Ryder's, Fayn brings a nostalgic sound with a modern-day twist on this triumphant offering. This classic New York City sound is quite prominent on this Braggadocious & Flamboyant demonstration of witty in your face raps, clever bars & a hard-hitting production. It has all the elements that quite frankly offer a refreshing sound from what's currently being displayed by a southern artist like… Continue