Written By Janelle Griffith
Popular hip-hop music video program “Rap City” has ended its run on BET after 21 years on the network. According to their Sound Off blog, “Rap City” will be replaced by “The Deal” hosted by DJ Diamond Kutz.

The new hour long series will consist of old and new elements from “Rap City.” Hip-Hop videos will continue to play but now they will be accompanied by pop-ups with facts on the given artist/song. The Booth, which was… Continue

WHATS UP FAM.THIS IS A DOPE SITE.WHEN I FIRST JOINED I THOUGHT IT WAS LIKE ALL THE OTHERS.BUT ITS NOT.NOW THAT I SEE HOW HANDS ON YOU ARE AND HOW IN TOUCH U ARE WITH THE MEMBERS,I SHOULD HAVE PUT IN MOST OF MY TIME IN HURR.I APPRECIATE THE ANSWERS VIA EMAIL,HOW QUICK THE RESPONSES ETC.YOUR ABOUT YOUR WORD.BASICALLY,RAPHEAD IS A LIFESTYLE,A MOVEMENT,NOT JUST ANY OTHER WEBSITE,TO POST MUSIC,OR WHATEVER WE DO ON HURR.I APPRECIATE GOOD SHIT,AND IF IM EVER BLESSED WITH ANY SIGNIFICANT AMOUNT OF… Continue

Birthplace of Hip Hop FOR SALE! 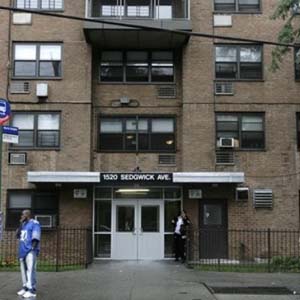 After a long battle to keep a Bronx residence believed to be the birthplace of hip-hop from being sold, New York City officials have announced that the apartment building will go on the market later this week.

According to the New York Times, the city’s Department of Housing Preservation and Development along with its’ landlord released their decision last Friday (September 26) confirming their intent to allow the building, 1520… Continue

REAL MUZAK VIXENS, LLC. HAS BEEN NOMINATED FOR MODEL AGENCY OF THE YEAR AT THE 2009 SOUTHERN ENTERTAINMENT AWARDS!!! WE WOULD LIKE TO THANK ALL OF THOSE WHO TOOK THE TIME NOMINATE US AND THE S.E.A. FOR RECOGNIZING THE ACCOMPLISHMENTS WE HAVE MADE OVER THE LAST YEAR AND A HALF! CONGRATS TO OUR FAM, AFFLIATES, AND FRIENDS ON THEIR NOMINATIONS AS WELL.

RMV MODEL CICI SANTARELLI WAS AWARDED THE 2008 MODEL OF THE YEAR AWARD AT THE OHIO HIP HOP AWARDS!

THE RMV WOULD LIKE TO THANK EVERYONE FOR THE NOMINATION AND VOTES! PLEASE CONTINUE TO SUPPORT US! WE TRULY APPRECIATE IT. 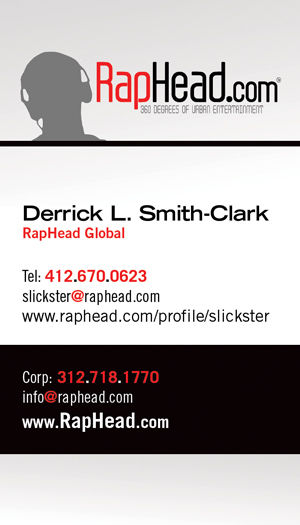 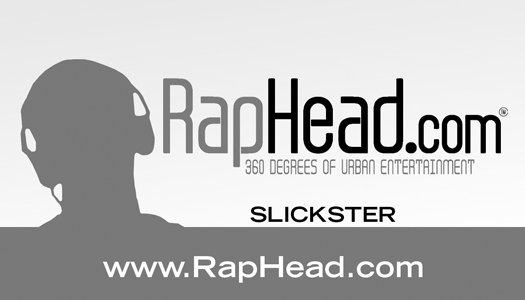 Put in your order and build your movement!!!!

One of my favorite songs this year is "Hollywood Divorce", a low key track from Outkast's Idlewild album that features Lil Wayne and Snoop Dogg. I have no idea how they convinced swaggerific Wayne to emote about his materialism in the wake of New Orleans' destruction, or how they cajoled pimptastic Snoop to reflect on the bumps in his failing marriage. Maybe there was no encouragement needed, and this song stands as a reminder to how complex these two guys are. Here's the audio Continue

For an album as big and ambitious as Kanye's "Late Registration", you would think it would have gone more than double platinum. Now, any multi-platinum record can be described as popular, but I wonder if you can consider "Registration" a commercial success. Let's put Kanye's numbers in perspective. He had the second lowest selling record out of the discs nominated for an Album of The Year Grammy. Even though Kanye is still selling, and will get a boost from his recent Touch the Sky video and a…… Continue

Don't get me wrong, I really dug The Love Below, and respected the fact that an established rapper could go out of his way and produce and record a such a genre-bending experiment.

But Andre 3000 needs to go back to his roots. Back to the kid we saw wearing the fuzzy Kangol in the Players Ball video back in 94. Hungry, unique, impossible to ignore. He can't leave rap alone, the game needs him.

Guess what - we got our wish. Reports from the Fader indicate that Andre is… Continue

With the recent news of Beanie Sigel's Stepfather being brutally murdered in Philadelphia, the question is, when will the violence in Hip Hop calm down, if not cease. Now although this is not a direct blow to the Hip Hop community, but rather an indirect blow that could be directly related to some vendetta that an individual or group of individuals had against B. Sigel. Not to speculate, we'll let the police figure this tragedy out, however this senseless act of violence occured less than one… Continue

its official nuttsmagazine.com is finally up so go check it out
only interviews is up right now and i will be adding more features shortly
anybody that would like 2 be featured for an intervie hit me up @ biggbeez78@aol.com

DV8 Weekly Exclusive Interview w/ C-Loc by: The Chef He has gained recognition and developed a fan base by performing at shows throughout Texas and Arkansas.

His music is all over the map in regards to music sites which would be too numerous to list. He is featured in UrbanStreetz.com as the only unsigned artist side by side with major artist. He has won several showcase competitions in Houston.

His single “I Look Good With Me”… Continue

THEY DONT GIVA FUCK ABOUT US..LIFE AS AN INDIE

BEING AN INDIE ARTIST TAKES MORE THAN TALENT & HARD WORK.IT DOESNT MATTER HOW GREAT YOU SOUND,OR HOW MUCH TIME YOU SPEND ON PERFECTING WHAT U DO.THE BOTTOM LINE IS,WHO YOU KNOW,AND HOW MUCH MONEY YOU HAVE.YA SEE EVERY BODY IN THE WORLD(LITERALLY),SWEAR THEY HAVE YOUR BACK.THEY SAY THEY BELIEVE IN YOU & THEY'LL SUPPORT YOU TILL THE END.OKAY;NOW WHAT HAPPENS THE FIRST TIME A BIG EVENT COMES UP & THEIRS MONEY INVOLVED.THE FIRST THOUGHT THAT RUNS THROUGH THEIR HEAD IS,HOW THEY CAN… Continue

COMING TO AMERICA Featured on HearItFirst.net!!! 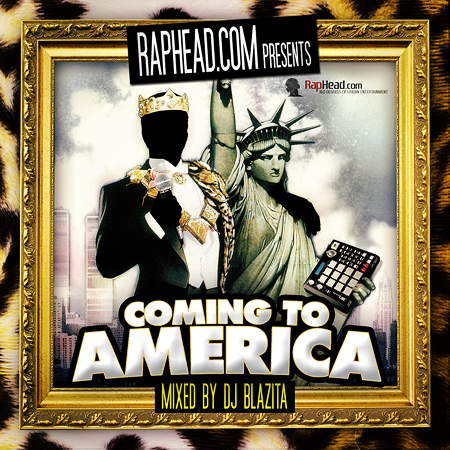 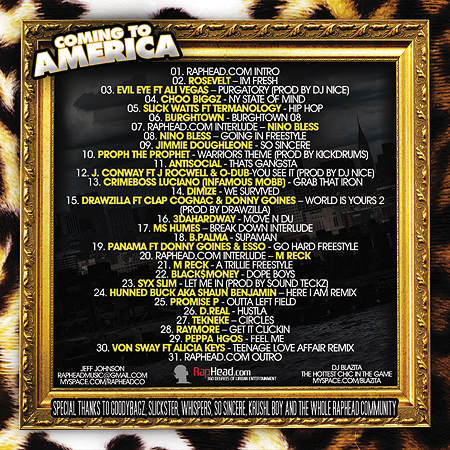 Check it out... DOWNLOAD COMING TO AMERICA FOR… Continue

Everyone check me out on myspace.com/yungdouble

ADD THE OFFICIAL RAPHEAD MYSPACE AND MAKE THE TOP FRIENDS!

THATS RIGHT! ADD THE OFFICIAL RAPHEAD.COM MYSPACE PAGE, LEAVE US A COMMENT AND PUT US IN YOUR TOP FRIENDS AND WE WILL DO THE SAME! 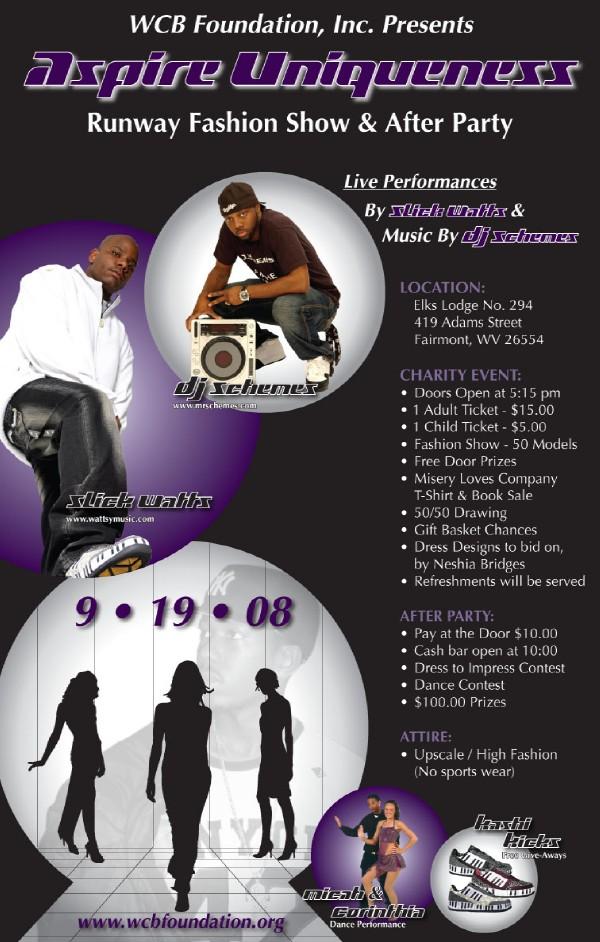 The Online Hip-Hop Awards 2008 have announced the opening of their nomination process. This year fans will be able to vote for their favorite artists, websites, bloggers, and even nominate themselves for one of the 30 categories set to be highlighted at this year's award ceremony.
“The Online Hip-Hop Awards were created to put ultimate control in the hands of the fans and recognize and celebrate them on the same level as the…
Continue