Rip Micheals Takes Wild ‘N Out Wildstyle To The Next Level Wild ‘N Out cast member Rip Micheals remakes to 50 Cent’s classic single “How to Rob,” taking shot at some of your favorite celebrities.…

If you're looking for a fresh face with unbelievable talent, you have
the perfect candidate. The proud,…

Future Superstarz Music presents B MENACE a solo artist from Suffolk Virginia. He has…

Memphis is known as the home of the blues and birthplace of rock-n-roll, but over the past two…

New music video “OverLoad” is another fire track off of Mikey’s highly anticipated “Deep In My Thoughts” Mixtape hosted by Dj Scream set to drop late 2019. Be on the lookout for more new music, and videos from Champagne Elite Music Group Lil Mikey.

Atlanta native, but currently Nashville based, rapper and recording artist Rah Rah F.O.R.T.E. recently dropped his debut single "Cookie" produced by one of Atlanta's hottest producers Shawty Fresh. Cookie is his debut single but the rapper plans to release a few more heavy songs in the near future. Rah Rah is on a media run at the moment and moving the single throughout the southeast region. The song is currently…

Treontae Jamal Huntley, better known as Tre 6'3. Born in shawnee, Oklahoma on February 11th, 1996. Went to wewoka high school. Has multiple got singles such as My Shorty, Ooh, Scared to love and his latest single 257…

Hot New Up And Coming Rapper From Rock Hill SC 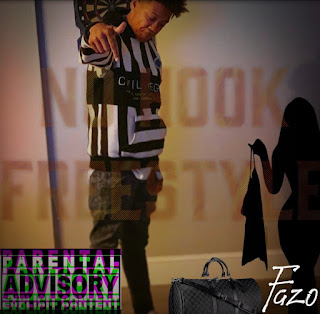 Fazo (aka Joshua Deshawn Ross, Formerly Known As J-Fazo), is an American Up And Coming SoundCloud Rapper/Songwritter From Rock Hill… Continue

Artist Wayne Dreadski has released his new song titled “Set It Off" that touches the soul of people around the world. “Set It Off” has obtained International Radio airplay in over 25 countries and more are adding it into rotation.

Everyone has their own unique list of songs that touch the soul. Music has such a depth to it that compares to nothing else. It's a form of escape, of relaxation, of…

Fazo (aka Joshua Deshawn Ross, Formerly Known As J-Fazo), is an American Up And Coming SoundCloud Rapper/Songwritter From Rock Hill South Carolina. Fazo Is… Continue

Artist, “Akeil Booker” professionally known as “Prince Ocki” was born in (1998). His origin began where HIP HOP met birth, BRONX,NEW YORK. His mixed genes of a Black & Dominican (rapper/song writer) has a unique swag the music industry hasn’t seen. In 2019, Prince Ocki released his debut single off of indie label GLOBAL SOUND MUSIC LLC. Single titled “Murda”. This work of art you can find on All platforms. within 1…

Multi-Talented artist, Lil Unfufu unleashes the visual to his debut single, "A 1000 Ones "

Rapper/producer Lil Unfufu (born Gregory I. Pulliam) grew up in Jacksonville, Florida. Listening to all types of music and it shows in his body of…

My mood Dirt McGirt and all I wanna do is show and prove, im down bad and I wanna come up that's what that means, I'm in the dirt tryna make it work, by any means. Dirt McGirt I'm down bad and need a way out, show n prove, I gotta find my way and make a way out. Shed Thug Tears is about to drop the first week of October and Ikon the Mc from Canada that has been catching the ears of A&R’S across the country. J GOOD and all of G FLY look set for a great year. Clarkeyrecords inc has so many opportunities going on into 2020. Dakota is set to release a full album supreme thoughts! MC GEMINI has international… Raki'a Rae releases her new single "Sugar" which is also from the new project "Felicity Riddim" by popular producer Dinearo. Linking up with one of Jamaica's hottest producers "Sugar" is one of those tracks that gives you the sexy and smooth Caribbean vibe with something fresh needed in music now. Raki'a Rae shows her versatility on this record and gives you something fun to remember whether your in the club or cruising on the…
Continue