Shaloc Renaissance hails from Pittsburgh, PA. He has been creating music for over 20 years as a "positive outlet." He was introduced to Bob Marley's music when he was in high school and grew up in the "Golden Era" of Hip- Hop. He writes lyrics about his life experiences in the inner city and expresses his…

Nulli Null started his musical journey in Saint Petersburg, Florida - one of the most violent cities in Florida-while visiting his family in the summer. As a teenager, he started using music as an escape from the harsh realities and eventually found a way of raw expression in songwriting and rapping. Music…

Born and raised in Pinellas County Florida, Cornelius Williams a.k.a King Neileo has been writing and recording music since the age of 16. The Clearwater native born on August 20th, 1987 is the 2nd born to Terri Fox and Charles Williams. Although his parents were divorced at the age of 5, his stepfather, Derrick Floyd helped raised him and his siblings.…

Leron Lamar is an emerging hip-hop artist and producer from Asbury Park, New Jersey. Formerly known as Top Prospekt, Leron Lamar is set to make waves in the…

Pat Phinney is a young and up-coming emcee from the suburban Boston area in Massachusetts. Starting off the new year of 2021, Pat Phinney works with Emilio Rojas to deliver the single "…

The C.E.O. of United Music Mafia Sean Whitlow prepares to take 2021 by Storm

Sean “OG Big Sean” Whitlow is a veteran of the game that realizes there is still much more work to do in his career. This isn't to say that he hasn’t achieved great success and passed seemingly insurmountable obstacles with ease. OG Big Sean has established himself as a constant player in the game, providing a fresh take on the genre lyrically and providing a…

If you put your mind to it,…

Surviving a past filled with unfortunate situations, Rap Phenom Don Gritty takes to the mic to express his journey and most of all, artistic creativity. Not falling into the statistical reality of his peers, Don Gritty finds healing in music. Channeling his love of the beat with his will to overcome Don Gritty redefines what it is to be phenomenal. His latest single,… 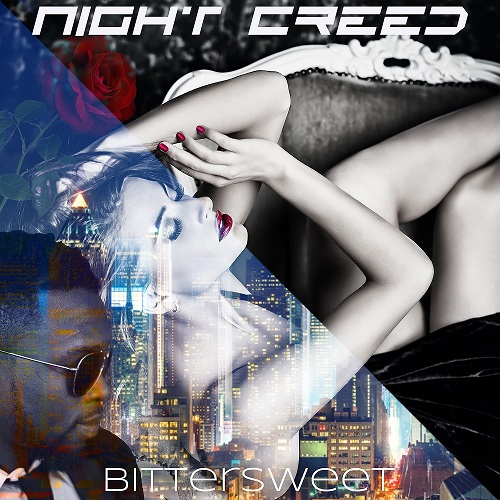 KAM-now referred to as "West Coast KAM" is one of the most well-respected Rap Artists in Hip Hop. The lyricist is known for his strong Pro-Black street-lyrics and his NOI (Nation Of Islam) membership. Kam is the most consistent leader in his community and the HipHop industry for nearly three decades now. As an…

Billboard G born Amir Rashon Williams on February 5, 1989, in Newark, NJ has made a name for himself in the underground hip-hop scene. Before the release of his sophomore album "T.I.ME" (this is me), Billboard has been able to share stages with some of the world’s biggest artists such as A…

12-year-old brothers - BLM Jay and TJ come together for the end of summer anthem for the kids. This summer, the two of them spent their vacation with their father. BLM Jay's Mom lives close by and decides to take them on a field trip to TreMuur Studios in Miami. TreMuur Studios is owned by former NFL player, Curry Burns. Curry and BLM Jay's Mom went to…

DOOi Entertainment Artist, HeidiBe delivers a message in her visual "I Put In"

East New York Brooklyn native, Heidi Boyd, known professionally as HeidiBe, was born in 1994 on March 15. The founder and CEO of DOOi Entertainment.LLC is an American singer, rapper, songwriter, and has acted as an…

Transgender music artist- Infy Indes releases her debut single, "Proud of Me Now." Infy is an independent artist and has been writing music since 2016. Music is an escape for this artist and is currently working on other tracks for a forthcoming album. "Proud of Me Now" is a celebratory piece of art and Infy Indes'…

Lil Jaybee is an upcoming artist from the Westside of Chicago. The visual to his new single "Dust" was filmed by KC Visuals. Lil Jaybee is expected to be the next hottest rapper…

Oakland - native singer, composer, actor, and drummer, Bennie S. Rodgers II - professionally known as Rojo. Avenue (Ro.Ave) - is no stranger to the music industry. Over the past decade, the multi-talented artist has collaborated with some of the biggest names in the music industry, including Mariah Carey, BIGBANG, Keri…

Swazey AKA Hef Swazey was born Rafiq Hawkins 09/15/1995 in Washington DC, with 10 siblings born to a poor working-class mother, in the inner cities of Washington DC. At the tender age of 12, he decides to leave his home to pursue his music career in rap. He's extremely talented and focused with a determination to win and never settle. This…

When you live life with no regrets, you're bound to reach your destiny. This holds true for Kouvaris-The Universal Prince-the the multi-talented Singer, Song-Writer/Composer. He is a force to be reckoned with! Achieving over one million streams and being a featured artist in numerous blogs and magazines such as Model Citizen…

Kenji The Barber Releases New Music in a Birth Vlog!

Kenji The Barber takes a dive into the music industry! With his latest single- he dropped with over 4k views for his next hit single on Youtube, Kenji has an ear for good music! With him being a great barber, he also has good taste in music!

Kenji, an artist from Hampton, Virginia, dropped his birth vlog of his newborn baby K3 …