T-Nice is bringing back old school vibes with a modern take on his new record "You Don't Love Me", featuring Chasity Hart. The opening bars captures the track's theme right away:

T-Nice does an impeccable job showing both sides of the story with his writing, an O.G street runner and a concerned pregnant woman, who he loves, but she does not understand his life

Featuring Chasity Hart, the beat provides a sampled like feeling however Chasity vocals and lo-fi mixing seizes those vibes. The hook ties the song together "Don't give up on me, when it all comes crumbling down...."it's us against the world"

T-Nice, out Miami-Dade County, got his name from rap battles with his friends and while others listened they would say he's "nice". That's how the name T-Nice was born. 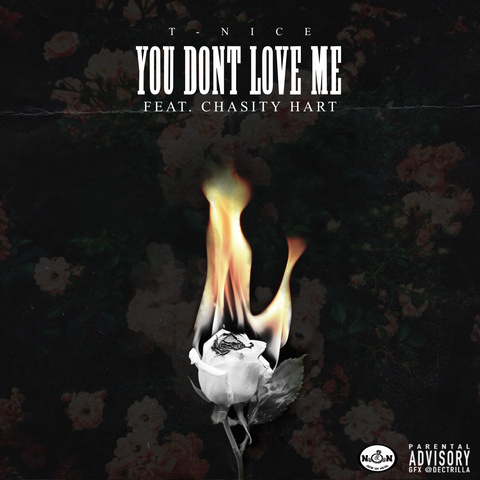